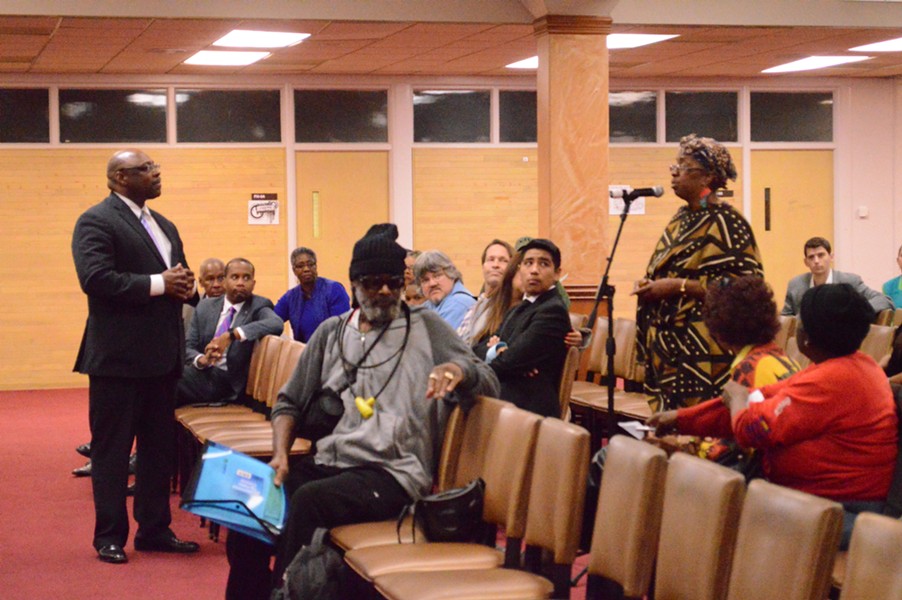 Less than 50 people showed up tonight for the first community forum held by the Department of Justice's Office of Community Oriented Policing Services (COPS). The forum, held at Mississippi Boulevard Christian Church, is the first of two forums officiated by the COPS office.

The partnership between COPS and the Memphis Police Department was announced last month. The sole purpose of the review is to evaluate relationships between the citizens of Memphis and the police force charged with their safety; especially when it comes to policies pertaining to community policing and the use of deadly force.

For most that came up to the microphone, a general consensus was expressed; The MPD has good officers, but some had left an otherwise foul impression, or what Karen Spencer-Mcgee called "a bad cloud" over the MPD.

Spencer, who says an unjust firearms charge is still hanging over the head of her 16-year-old after he was stopped by police for walking "an expensive dog", is wondering what the DOJ plans to do about unfounded charges.

"Will he go to college? Can he get a grant of any sort? In my age, we grew up with 'Officer Friendly'. Now, my son only knows, 'Eff the police.'"