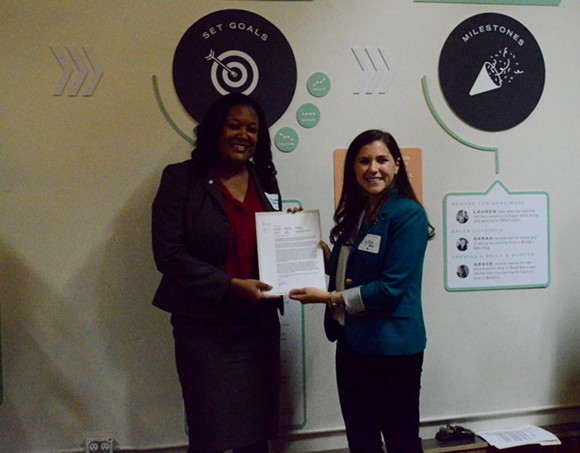 Etsy, the online entity that enables entrepreneurs to sell their products internationally just designated Memphis as an official "Maker City".

Memphis is the fourth city to receive this title from Etsy.

The announcement was made at the Century House in Downtown, Memphis, as roughly one hundred artisans gathered to celebrate the ongoing research conducted by Little Bird Innovations.

For months, staff at Little Bird have been conducting intensive surveys and interviews of Memphis makers, with the ultimate goal of bringing to light the needs and challenges faced by these entrepreneurs living and working in the Memphis area.

Memphis' Director of Minority Business Development, Joann Massey, believes the combination of the Made By Project and Etsy's support is poised to move the needle on Memphis' dismal numbers for women and minority owned businesses.

"It's not only a hope of mine, it's an expectation," said Massey. "When you have programs like this (Made By) and outside support from Etsy coming in — it's leverage that is really going to help us find sustainable solutions for our city."

This story will be updated with further details.