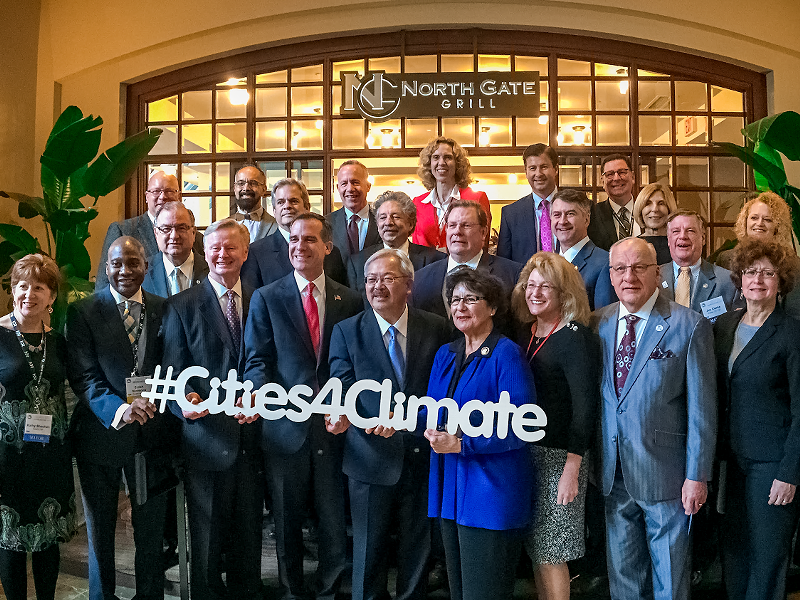 Mayors from across the country and up and down the Mississippi River (including Memphis Mayor Jim Strickland) vowed to keep working toward a clean future despite President Donald Trump’s removal of the United States from the Paris Climate Agreement.

Trump said last week that the deal was a threat to the U.S. economy and its sovereignty. He said he planned to negotiate a better deal on climate change with other countries. The U.S., Syria, and Nicaragua are now the only nations outside the agreement.

The decision quickly made ripples at home as mayors with the Mississippi River Cities and Towns Initiative (MRTCI) said they were “disappointed” in the decision and that it removes the U.S. from the negotiating table on the details of the program.

More specifically, they said rising waters in the Mississippi River would threaten $146.6 billion in agricultural products moved up and down the river each year. Strickland said $6.3 billion of those products move through Tennessee to U.S. and foreign markets, noting that the Port of Memphis is the second-largest on the river and fifth-largest nationwide.

But Strickland took a broader look at the issue of climate change in a Friday statement, saying he “supports responsible climate policy and the goals of the Paris Agreement.”

“In fact, the city of Memphis started taking action years ago on many of the items outlined by this group of mayors,” Strickland said. “For instance, we’ve already completed a greenhouse gas inventory and Memphis 3.0 will be working on a climate action plan.”

On Thursday, a group of 86 mayors from across the country (who call themselves the “Climate Mayors”) issued a letter on Medium, saying “the president’s denial of global warming is getting a cold reception from America’s cities.”

“And if the president wants to break the promises made to our allies enshrined in the historic Paris Agreement, we’ll build and strengthen relationships around the world to protect the planet from devastating climate risks,” the letter said. “The world cannot wait — and neither will we.”

Meanwhile, Memphis Rep. Steve Cohen said the U.S. stood to save $5.3 trillion in healthcare costs by staying in the agreement. Beyond the financial costs, the decision “could prove to be a calamitous decision to humanity.”

“Without action, the continued effects of climate change will lead to increased instances of natural disasters, severe drought and famine across the globe that could result in humanitarian crises and war,” Cohen said in a statement. “Withdrawal from the agreement means turning our backs on protecting against the loss of coastal cities, beaches and habitats, as well as on goals for waste reduction and resource recovery.”

“I appreciate the president's desire to renegotiate an agreement that is more in line with what is achievable in a manner that promotes an increase in the standard of living of American citizens and protects our environment,” Corker said. I stand ready to work with (Trump) toward that end.”