TVA Won't Use Aquifer Wells Until After Investigation 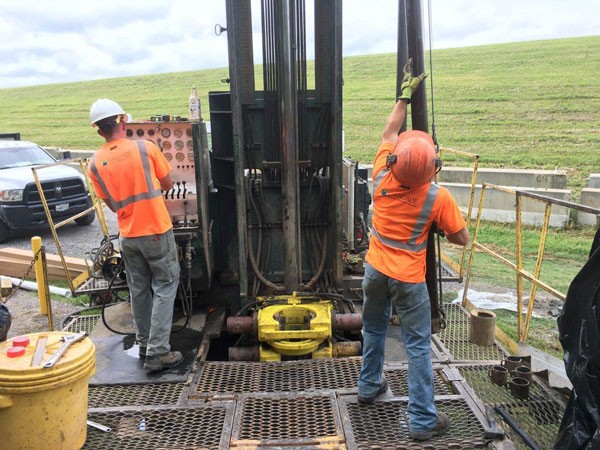 The Tennessee Valley Authority (TVA) will not use its new wells, drilled into the source of Memphis' drinking water, until an investigation of them can prove they pose no health risk to that drinking water.

The TVA announced the move Thursday, ahead of a meeting of the Shelby County Groundwater Quality Control Board (SCGQB) set to review TVA wells, the well permitting process, and any possible risks to the Memphis Sand Aquifer, the source of the city’s drinking water.

The TVA drilled five wells aquifer with permission granted last year by SCGCB. TVA wants to pump about 3.5 million gallons of water per day from those wells to cool a new, natural-gas energy plant, which is slated to replace the Allen Fossil Plant. In May, TVA discovered high levels of arsenic and lead in groundwater around a coal ash storage facility about a quarter mile from those wells.

Memphis Light, Gas and Water (MLGW) pumps drinking water at a well about three miles from the contaminated TVA site. But the utility said recent tests found no detectable traces of the toxins in the water.

In response to the discovery, TVA is now drilling 20 shallow wells to monitor water quality around the ash storage facility. TVA also recently submitted an investigation plan to the Tennessee Department of Environment and Conservation.

For the investigation, TVA has contracted with experts from the U.S. Geological Survey and the University of Memphis to map the underlying geology around the site to better understand the movement of the groundwater there. This information could help resolve questions of possible migration of the arsenic into the Memphis Sand Aquifer.

This investigation will take a “number of months to complete,” TVA said Thursday. The initial investigation results are expected to be submitted to state officials this winter. In that time, TVA said it will not use its five wells for plant operations.

“At TVA, we work to address threats to public safety and the environment,” Jacinda Woodward, TVA’s senior vice president of resources and river management, said in a statement. “Stewardship is at the heart of TVA’s mission. We will determine the nature and extent of this problem and do our share to clean it up.”

The new information came at the same time as Ward Archer, president of the Protect Our Aquifer group, wrote to Memphis Mayor Jim Strickland and Shelby County Mayor Mark Luttrell, urging them to demand the groundwater board suspend all five of TVA’s well permits.

In his letter, Archer said TVA was scheduled to begin pumping water from the wells next month, even though the plant isn’t scheduled to start operations until next year.

Archer, writing before the TVA news had come to light, said he worried that the pumping could draw toxins into the city’s drinking water. Further, he said he wasn’t sure state officials could do anything to stop TVA from using the wells.

The SCGQB will meet at 3 p.m. Thursday at the Benjamin Hooks Central Library.

Ward Archer is a minority stockholder in Contemporary Media, Inc., the company that publishes the Memphis Flyer.