What's Up with All the Zoo Babies?

September 07, 2017
comment
On Monday, the Memphis Zoo tweeted about their new baby flamingos — the most recent in a long line of zoo babies we've met through the spring and summer.

We're all a-twitter here because baby flamingos have begun hatching! Stop by Zambezi to check out the little ones! pic.twitter.com/hTlqlwIqyG 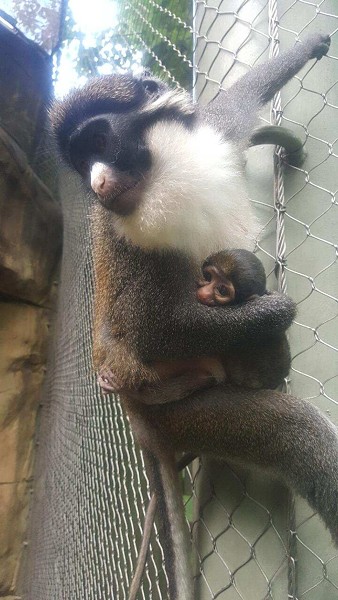 So what is going on? Has there been extra-sexy time at the zoo? Do we need to have a birds-and-the-bees talk with them? Is this all a PR stunt?

The birth rate is all part of a bigger plan, bigger than the Memphis Zoo.

"There’s different programs for different species of animals — Species Survival Plan (SSP)," Thompson explains. "For instance, there is a sloth SSP, and a hippo SSP and a giraffe SSP. What that is is a collection of zoo professionals, very smart people who analyze and look at the genetics of different lines of animals, so if the Memphis Zoo, for example, has a certain genetic line and a certain female that would really work well at the Indianapolis Zoo, they might put out a recommendation. They work their hardest to keep the gene pool healthy to prevent inbreeding and that kind of thing."

A prime example of the SSP at work is one little hippo named Winnie.

"Her mother and father both came to us from Disney’s Animal Kingdom and they came as a result of an SSP recommendation. It was kind of win-win because Disney was getting a little full with hippos — as you can imagine, hippos take up a lot of room," Thompson says. "We were building a new hippo exhibit and we needed a hippo or two, so we reached out to the SSP and they made recommendations based on genetics and that’s how we wound up with these animals."

As for birth control, Thompson says it ranges from oral contraceptives to physically pulling the animals apart. And there are accidents. "Sure, just like with people, there are surprises. Not many, but every now and then," says Thompson.

Thompson says there are over 500 SSPs that cover all sorts of animals from pandas to lizards. The coordinator for the SSP for Louisiana Pine snakes, a rare species, is based at the Memphis Zoo.

Some of the toughest animals to breed are amphibians, and, yep, pandas.

"It’s not for lack of trying," Thompson says. "Pandas are challenging because they ovulate about once a year and you have about a three-day window for them to get pregnant. They’ve got to tell you when they are ready [and] that’s very challenging."