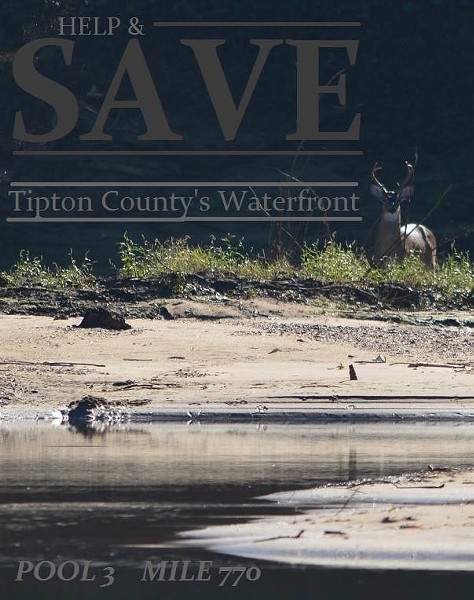 State officials have granted a 30-day delay of a project that would dump 3.5 million gallons of wastewater from an industrial site in Haywood County into the Mississippi River.

Applications for permits have been submitted to build an 18-inch pipeline for 35 miles stretching between the Memphis Regional Megasite and the river at Randolph, Tenn. in Tipton County.

The pipeline, which would cross 55 bodies of water, would carry an estimated 3 million gallons of wastewater every day from either a car or appliance factory. It would also carry about 500,000 gallons of of treated sanitary wastewater from the city of Stanton, Tenn. All of that wastewater would go straight into the Mississippi River.

State economic development officials are now prepping the 4,100-acre megasite with $106 milling in infrastructure improvements in hopes of luring a large manufacturer to the state. Toyota has been said to be considering the site.

Public hearings on the matter have drawn several to speak against the project to those with the Tennessee Department of Environment and Conservation. A Facebook page, called “Say No to the Randolph Poopline,” now has more than 2,100 members.

Closer to Memphis, Shelby County Commissioner Terry Roland said the project would harm the river and those who live around it.

“This type of discharge will certainly negatively affect the commercial and recreational fishing near Shelby Forest, not to mention the wildlife, to include 43 species on the federal endangered list, popular swimming beaches, boating camping, etc.,” Roland said in a statement Thursday. “For these reasons and more, I join Speaker Beth Harwell’s call for a 60-day extension to allow for public comment so the people in both Tipton and Shelby County can have a voice.”

The public comment period on the pipeline was extended Friday for 30 days to Monday, Nov. 13.