Ground Breaks on the University of Memphis' New Music Center

Ground broke Friday on construction of a new $40 million music center at the University of Memphis, the first piece in the university’s Master Campus Plan.


The 40,000-square-foot Scheidt Family Music Center is slated to have a larger performance space and be more than double the size of the university’s current music center, the Rudi E. Scheidt School of Music.


Proposed for the north side of Central across from the current building, the new space will include “an expansive performance hall and significant enhancements in technology and acoustics,” according to university officials.


Additionally, the facility will have “dedicated, tailored laboratories for innovation and artistic expression.”

Other pieces of the Master Campus Plan include the Patterson realignment project slated to begin in 2018, a new $30 million health and wellness center, new sports training facilities, an amphitheater, a land bridge, and a five-story, 1,140-space parking garage. 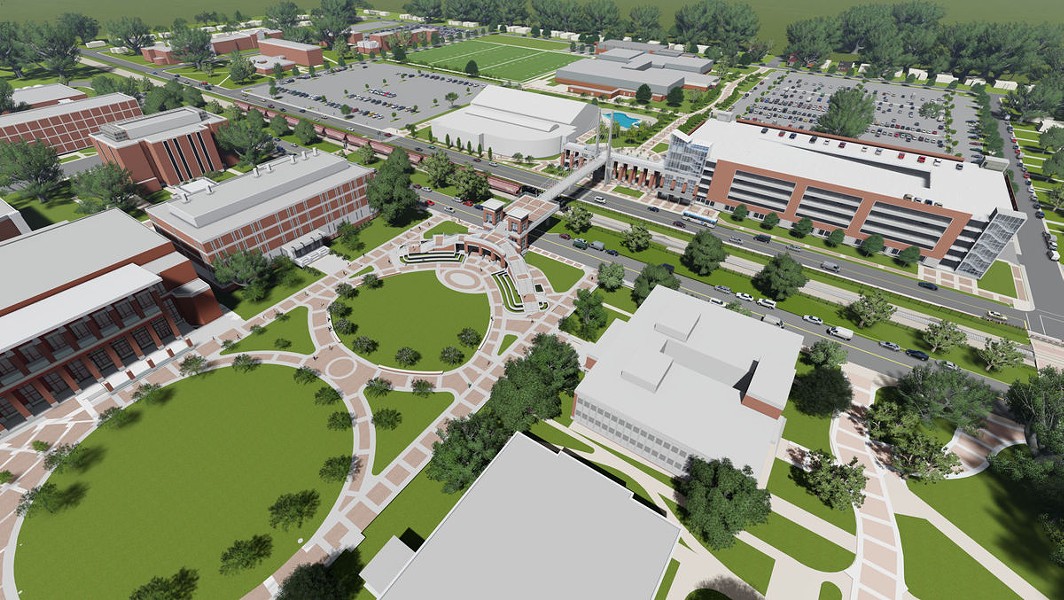 Building permits for the land bridge and parking garage were filed with the Shelby County Office of Construction Code Enforcement last week by the university.


Officials say the garage will be constructed first, followed by the land bridge, which will be built over the Southern railroad tracks and will connect the garage to the campus.


The cost for constructing both the bridge and garage totals around $33.5 million. The garage and land bridge, as well as the amphitheater are slated to be complete by the end of 2019.

More info about the campus master plan is in the university's video below.