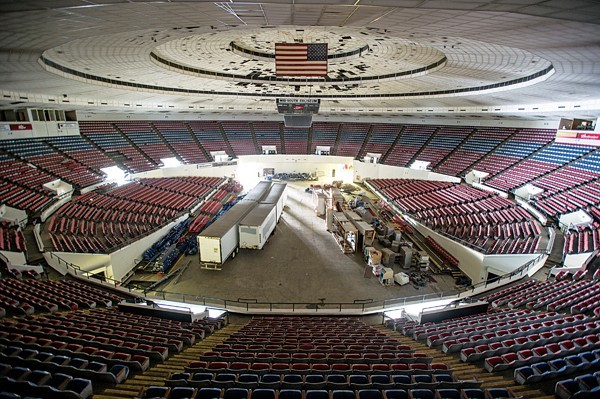 City officials will mothball the MidSouth Coliseum in a new, $160 million redevelopment project that would transform the MidSouth Fairgrounds as a youth sports destination.

The overall plan calls for building a new youth sports complex. Renovating the Coliseum would cost $40 million, according to city officials. Though, the grassroots Coliseum Coalition has put the figure at $23 million in the past.

“We believe that money is better spent on benefits to the surrounding neighborhoods and communities, as part of Mayor Jim Strickland’s ongoing efforts to reinvest in our core,” reads the city’s Facebook post. “Also, consulting with our experts did not produce a business case to operate the Coliseum on at least a break-even basis every year, meaning that reviving it would very likely mean diverting funds from core services like police and fire.”

We believe that money is better spent on benefits to the surrounding neighborhoods and communities. tweet this
But the Coliseum won’t be torn down immediately. About $500,000 will be spent “to preserve the Coliseum in its current state."

City officials plan to pay for the Fairgrounds redevelopment project by creating a new Tourism Development Zone (TDZ) around it. The funding mechanism captures state sales taxes for use in a specific area. Strickland will soon ask Memphis City Council members to approve the plan and then seek state approval to create it.

The Coliseum Coalition has worked for years to preserve the building and it is not happy with the proposal.

“This is unacceptable!” reads a Wednesday-monring post on the group’s Facebook page. “The Coliseum will stand but this proposal will not!”

City officials said they looked at four options for the Coliseum and that their evolution was “in-depth and methodical.”

Their review put the full-renovation price tag at $40 million. To open the building’s concourses would cost $14 million. Demolishing the building would cost $8 million-$10 million. Mothballing it for possible use in the future was $500,000.

“We’ve met with experts on every detail, and we started this process with no preconceived notion of what to do,” officials said. “Instead of spending $40 million on the Coliseum, we would rather spend roughly that same amount on benefits for the surrounding neighborhoods and the community as a whole.

“By preserving the Coliseum, we keep our options open for if and when more capital comes to the table — or if the activity of the youth sports complex changes how potential developers may view the site.” 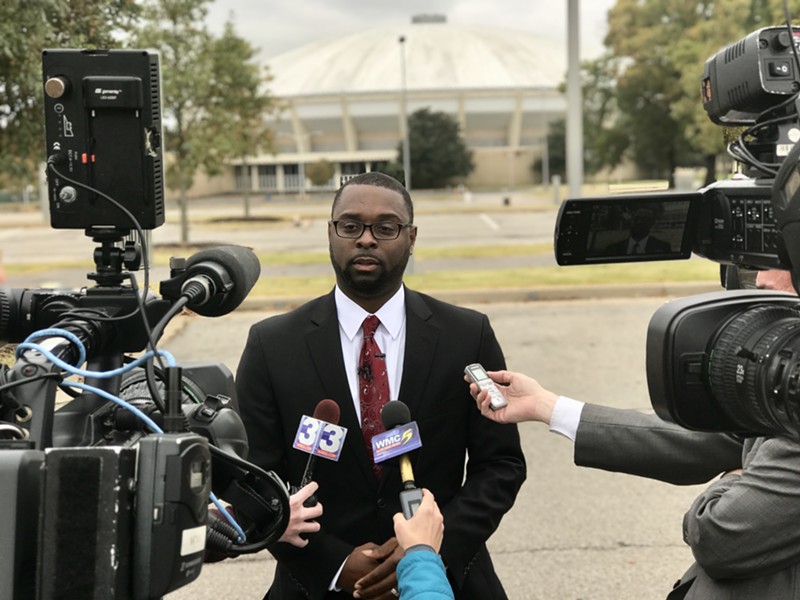 Paul Young, the city’s director of Housing and Community Development (HCD), offered up details on his $160-million redevelopment plan for the Fairgrounds at a news conference Wednesday afternoon.

The focal point of the project would be an $80-million youth sports facility that would be built on the former Libertyland site at the southeast part of the property. The site is now a grassy, 18-hole disc golf course.

That facility would attract an expected 500,000 to 1 million people to the site annually, Young said. The north end of the Fairgrounds would be developed with retail. Young did not specify what kinds of retailers the city hopes to attract there.

Young said he wants the new Fairgrounds to be something that can be enjoyed by tourists and the community surrounding the area. For example, he hoped that children in the surrounding neighborhoods would be able to use some of the sports facilities, but noted that the main youth sports facility would be off limits.

He said he will meet with the Coliseum Coalition Thursday and asked the group to “work with us to develop a plan.” He said he has reviewed the Coalition’s $23-million upgrade plan and the group’s business plan to sustain it for the future.

Young said he’ll be working to finalize a pro forma for the Fairgrounds as a youth sports destination in the coming months. He hoped to deliver the plan to the council by January and then take it to the State Building Commission for approval after that.