The Windjammer to Close 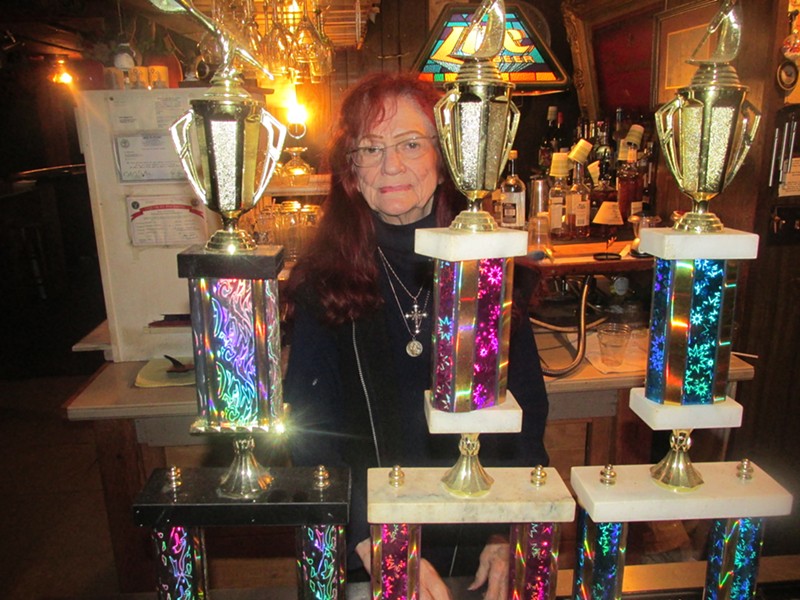 After 51 years, the Windjammer Restaurant and Lounge is furling its sails.

Owners Ruthell and Bill Reynolds said it’s time. Ruthell is 84 and Bill is 85.


“It’s time for us to retire and do something else,” Bill said.


“I feel there’s a time in life you have to move on,” Ruthell said.


“Bittersweet” is how Ruthell described her feeling about closing. “We’ve seen five generations come in here.”


And, she added, “I love people. I love to be around people.”


Along with Christmas lights, which are left up all year, license plates from around the country, including Alaska, adorn the Windjammer. Customers bring them in. “We’ve had Alaska and Hawaii and everything,” Bill said.


Customers included members of the old Memphis Showboats football team. Ruthell is proud of a framed poster of the 1984 team that was given to her. A customer wanted it, but Ruthell said, “I can’t give my memories away like that.”


Pau Gasol was another patron when he played for the Memphis Grizzlies. He “used to bring people in all the time,” Ruthell said.


Bill describes the Windjammer as “the oldest place on the Circle. And probably the ugliest.”


The Windjammer originally opened at 688 South Mendenhall, where Half Shell now is located. They served steaks, but they primarily were known for their seafood. Hence the name “Windjammer.”


The restaurant housed a large lobster tank. “I’d go to the airport and pick the lobsters up twice a month,” Bill said.


They weren’t “big into the bar” back then, Ruthell said.


But, Bill said, “We were one of the first bars in town to offer liquor by the drink.”


They didn’t own that property, so 17 years later they moved to the Brookhaven Circle address. ”We owned this,” Bill said.


They brought in karaoke about 11 years ago. Ruthell said she can’t sing, but, she said, “I like love songs. Johnny Cash and all that kind of stuff.”


“Summer Wind” is her favorite song, she said.


The Windjammer also is home to dart leagues and tournaments. “We had a $10,000 tournament here one time,” Ruthell said.


Bill and Ruthell were highschool sweethearts. “We went all through high school together,” Bill said. “When we got out, we got married.”


The jokester of the two, Bill said his wife should have been a politician. “You ask her what time it is and she’ll give you the history of the clock.”


Bill owned Bill’s Garage for 55 years. It originally opened on Union and then moved to 2518 Lamar.


As for the business that’s moving in after they leave, Ruthell said they just know it’s a restaurant that will serve breakfast and lunch. “I couldn’t tell you to save my soul.”


Customers have been “actually crying” when they heard the Windjammer was closing, Ruthell said. She told one man, “Look. Don’t cry or I’m going to start crying, too.”


She tells her customers, “I love each and every one of you as if there was only one of you to love,” she said.


Future plans? “We’re playing it by ear,” Bill said. “I’ve been looking for another job, but I don’t see anything listed in the paper looking for a professional rester.”


Ruthell wants to “open up a store on eBay. My granddaughter wants to help me. Jewelry. A variety of things.”


Two men came up to her and said, “I guess this is the final goodbye,” Ruthell said.