Trolley Return Pushed Back to April 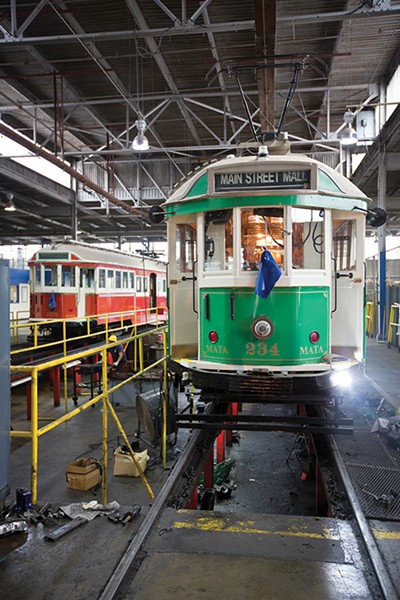 The Memphis Area Transit Authority (MATA) announced Monday that the return of the vintage, steel-wheeled trolley will be delayed until April 2018.

The trolleys were originally scheduled to be up and running by the end of this year, but MATA officials said a handful of safety issues stand in the way of that.

Three of the six cars needed to restart the service will not be ready by the slated deadline, as rotting wood was discovered in the trolleys during their reconstruction at an Iowa-based trolley company.


Representatives with Gomaco Trolley Company told MATA officials that after repairs are made to the three trolleys' underbodies, roofs, and floors, they should be ready to ship to Memphis no later than January.


Then, MATA must test the cars without passengers on the tracks to ensure the trolleys are operating up to safety standards.


Issues with areas of the rail track, as well as the overhead wires that power the trolleys, were also discovered after safety test on the Main Street line began in early November with the first three trolleys. A rail contractor is in the process of assessing the necessary repairs.


Once all six trolleys are back and have been tested here, the Federal Transit Administration and the Tennessee Department of Transportation must certify that the cars are ready to operate safely.


Gary Rosenfeld, CEO of MATA, said while the news is disappointing, the delay is directly related to ensuring that all trolley cars are operational and meet safety standards.


“From the beginning, we have emphasized that safety is our top priority,” Rosenfeld said. “Given that, MATA is delaying the passenger trolley service until we can ensure that all trolley vehicle cars are rehabilitated to our specifications and are thus safe to ride for our customers.

While we understand that the community may be disappointed that the service must be delayed until April 2018, it is our hope that when it does finally return, the community will be proud in the trolley cars that we have diligently and meticulously restored to be the safest in the nation.”