The Tennessee Valley Authority (TVA) should reverse its “reckless course” of using Memphis’ drinking water to cool a new power plant here and should allow the public to weigh on other options, according to the Southern Environmental Law Center (SELC).

Last year, TVA drilled five wells into the Memphis Sand Aquifer, the city’s drinking-water source. The agency planned to draw 3.5 million gallons of water from the aquifer to cool its new $975 million natural gas plant, which will replace an older, coal-burning plant.

That plan was halted last year after much local controversy on the issue from groups like Protect Our Aquifer and the Sierra Club. Then, TVA announced its researchers had found high levels of arsenic and lead in groundwater under a coal ash pit close to the wells drilled into the aquifer.

TVA and two independent research groups began investigating the matter and are now readying a final draft of their findings to be sent to the Tennessee Department of Environment and Conservation.

All we’re asking is that TVA stop ignoring the risk to the city’s clean water and reconsider its choices. tweet this
On Wednesday, the SELC sent a formal letter to the TVA demanding the utility to “use a more reasonable and responsible alternative source” of water.

“TVA pursued a reckless course while turning a blind eye to the risk of polluting Memphis’ primary source of drinking water,” said Amanda Garcia, staff attorney with SELC. “From the outset, TVA should have considered the local communities who depend on the Memphis Sand Aquifer as a source for safe, reliable drinking water. All we’re asking is that TVA stop ignoring the risk to the city’s clean water and reconsider its choices.” 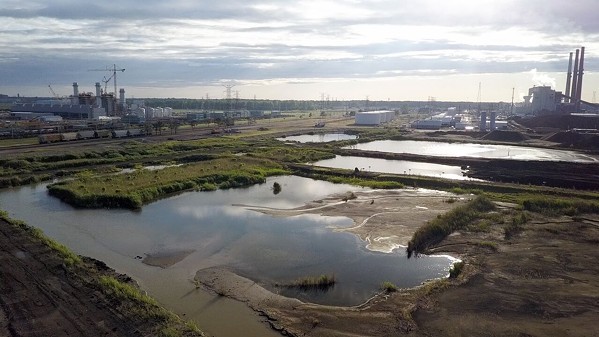 In October, after finding the high levels of toxins close to the wells, TVA ran the wells for 24 hours to test them for contaminants. The results of those tests have yet to be made public.

SELC and Protect Our Aquifer say TVA is delaying the release of those tests. Though, TVA officials have said they haven’t seen the results, either, and are simply waiting to put them together with other information for the state report.

“It’s time for TVA to be honest and transparent with the citizens of Memphis about what’s happening at Allen and the risk imposed on our water supply.”

Scott Brooks, public relations officer with TVA, offered this statement on the matter:

"TVA has been working under the oversight of the Tennessee Department of Environmental Conservation to investigate the nature and extent of the arsenic contamination associated with the coal ash ponds at the Allen Fossil Plant.

The environmental investigation is the first step in TDEC’s state-wide process to address groundwater contamination and has involved a detailed analysis of the site. As part of this investigation, the USGS and University of Memphis conducted tests to determine if there is a connection between the shallow Memphis River Valley Aquifer, where the arsenic was found, and the deeper Memphis Sand Aquifer, where TVA has placed its Allen Gas Plant production wells.

TVA is completing the remedial investigation report that will include all the results from the investigation, including the USGS report on its findings. The reports will be turned into TDEC in early March, after which they will review the findings, provide feedback and determine the next steps in the remediation process.

TVA has committed to not using the production wells until it is safe to do so and is making other arrangements with MLGW to provide water in the interim. It is important to note that the drinking water is safe and has not been impacted by the contamination.

This was confirmed by testing performed by MLGW. In addition, arsenic has not been found in the production wells at the Allen Gas Plant site."