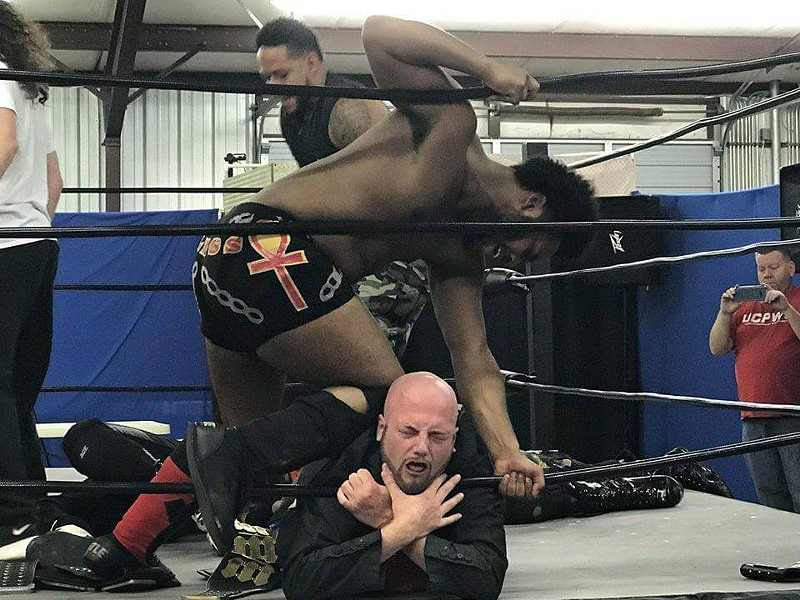 Live professional wrestling will be featured the first and third Fridays of the month beginning March 2 and continuing through the summer at the Rec Room at 3000 Broad.


So, look out for Prince Adonis, Ken Dang, Andy Mack and Seven Foot Monster Kontar - some of the wrestlers slated to take part in Memphis matches.

The wrestlers are part of Ultimate Championship Pro Wrestling South (UCPWS), a wrestling organization based in Holly Springs, said Steve Thompson, who emcees the shows and does commentary.  Tommy Jax is an owner of the independent wrestling promotion.


Thompson, who always wanted UCPWS to break into Memphis, said Prince Adonis said in a group chat he always wanted to wrestle in two places: Shelby Farms and Overton Park.


They always could rent a pavilion in Shelby Farms, Thompson said. But Overton Park was “a little hard to come by.”


Trying to think up a location in the Overton Park area, Thompson remembered Rec Room. It was “big, open.” And, he said, “Man, we could set up a ring there.”


He sent Taylor Berger, one of the Rec Room owners, an email. “Taylor got back to me the next day. He was super excited.”


“I tried to start the Summer of Slam two years ago,” Berger said. “I was going to create Rec Room’s own league and start to build characters and give people a chance to just wrestle because that’s what Memphis used to do. But I met these guys and they’ve been doing it for years. And they wanted to come to Memphis and do it in a way that brought Memphis to the forefront of the wrestling world in the ‘80s. With dynamic characters and crazy storylines and super fun, wild wrestling.”


“I thought it was a perfect fit,” Thompson said. “One thing, the diversity on a roster. It’s not just one set of guys. Not a bunch of white guys. Not one person is the same.”


Ken Dang is Vietnamese and Kevin Bless is African-American, to name a couple, he said.


And, he said, “The crowds they bring in would get perfectly what we do. We do have some of that old school Memphis wrestling mentality, but we bring in a lot of new school. New school is more of the big spots, the quick, high-paced action.”


As for USPWS, Thompson said, “We don’t do like blood and gore. It’s more family friendly. But sometimes things get out of hand and we get violent. People hitting people with chairs. We try to keep it PG.”