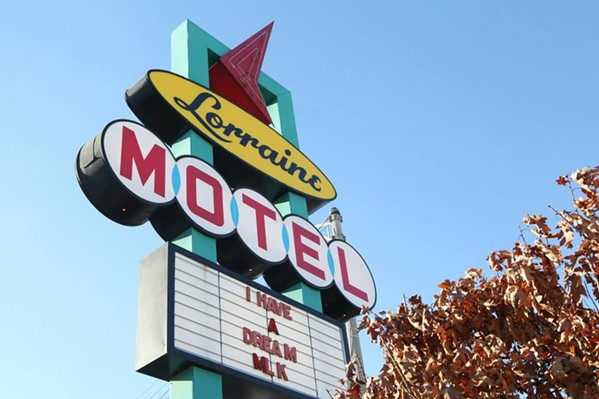 Ten sites in Tennessee were recently added to the newly-launched U.S. Civil Rights Trail, and three of the ten are located in Memphis.


The landmarks here include the National Civil Rights Museum and the Lorraine Motel, Clayborn Temple, and Mason Temple Church of God in Christ.

Commissioner of Tennessee’s Department of Tourist Development Kevin Triplett, along with Gov. Bill Haslam and U.S. Sen. Lamar Alexander, officially dedicated the ten sites to the trail on Wednesday at the Civil Rights Museum.


Haslam said the trail is meant to be a “journey of discovery and education about events that shifted the course of history.”


“The National Civil Rights Museum provides a world-class experience for visitors who seek to learn about the struggles and triumphs of civil rights,” Haslam said. “Dr. Martin Luther King Jr. led a movement of faith-based, non-violent protests to fight the injustices of segregation that led to significant civil rights advances for African Americans.


“Although his life was taken at the Lorraine Motel, his legacy lives on here and in many places across Tennessee.”


Outside of Memphis, some of the other Tennessee sites include the Civil Rights Room at the Nashville Public Library, Fisk University, and the Davidson County Courthouse.

“Travelers can walk in the footsteps of those who toiled and overcame adversity in their fight for equality," Commissioner Triplett said. tweet this


“Numerous visitors travel to Tennessee each year, drawn by our history and heritage,” Triplett said. “Travelers can walk in the footsteps of those who toiled and overcame adversity in their fight for equality.”


Around the country, the U.S. Civil Rights Trail features more than 100 landmarks in 14 states.


Among them are Central High School in Little Rock, the National Voting Rights Museum and Institute in Selma, Alabama, as well as Martin Luther King Jr.’s birthplace and gravesite in Atlanta.