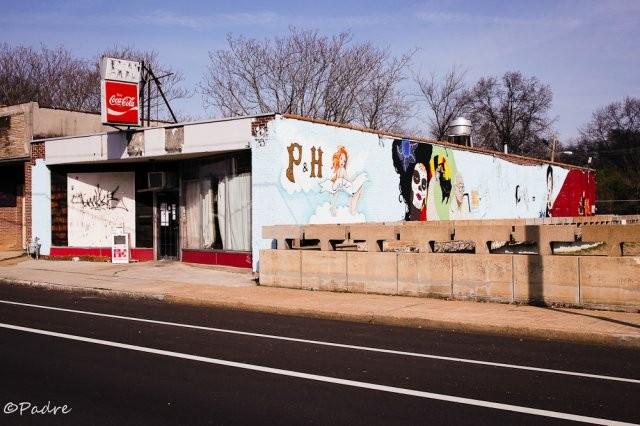 The Memphis and Shelby County Land Use Control Board (LUCB) voted 9 to 1 Thursday on a new Midtown development that Matthew Edwards, one of the owners of the P&H Cafe worries could potentially hurt his business.


Developers 1544 Madison Partners want to construct a four-building, gated apartment complex close to the P&H, between Madison, Court, and Avalon. Because the developers want to gate off the complex, including an alley that P&H-goers often travel down, Edwards believes this will limit access to the bar.


“We’ve been working on the business, trying to keep it up and build it up,” he said ahead of Thursday’s meeting. “And for it to just be shot down, or shut down is kind of frustrating.”


Edwards adds that the issue is not with the development itself, but with the gate around it that would restrict accessibility.


“That’s the balance that we often have to deal with in the world of planning.” Don Jones, with the Office of Planning and Development said.


But developers said they’ve altered their original plans to only close parts of the alley and to also include turnarounds to help traffic flow better.

“We’ve been working on the business, trying to keep it up and build it up,” Edwards said. “And for it to just be shot down, or shut down is kind of frustrating.” tweet this

Edwards’ other key concern is how the development would affect parking availability for P&H customers. The cafe’s rear parking lot on Court would be “rendered useless,” while some of the on-street parking spots on Madison will be eliminated to make way for the apartment entrances, Edwards said.


He said his patrons will likely have to compete with visitors of the complex for the remaining street parking.


Parking will especially be scarce on nights when shows are scheduled for the P&H, as well as both the event venue nextdoor at 1524 Madison and Minglewood Hall, which is directly across the street. This is already an issue, Edwards says, recalling last weekend when cars lined Madison in both directions during shows.


Garbage pick-up, fire and police department access, and noise complaints are other concerns of Edwards.


One building of the proposed development is planned to go directly against the P&H’s building, and Edwards said this could present a noise problem.

“We have comedy shows and we have bands, and sometimes the bands get loud,” he said. “These people know they’re moving in with a artist, music venue right next to them though.”


The P&H is not the only business likely to be affected by the development, Edwards says. Closing off the alley will also limit access to the many-decades-old carwash between Avalon and Willett, next to the large vacant lot.


“This could shut them down,” he said.


Thirteen people spoke in opposition to the development at the board’s meeting ahead of the vote.


One of them, Sam Goff, president of the Evergreen Neighborhood Association said he is not opposed to the project, and that any concerns he has would be allayed if a parking study was done prior to construction.


Others, owners of surrounding businesses, including the carwash and a recording studio on the south side of the street, expressed similar concerns about parking and traffic flow on Madison.


Owner of Cotton Row Recording said this development could make the street “musicless,” as musicians will likely struggle to find parking with enough room to unload large equipment.


An online petition opposing the plans was recently launched by Edwards’ business partners and so far has received more than 1,600 signatures of support.


Across the road, owner of Minglewood, Trey DeHart, has a different outlook than Edwards on their potential neighbor. He calls the development “a great idea.” With plenty of parking for his patrons, DeHart said he doesn’t expect the complex to have a negative effect on Minglewood.

“Any kind of growth is a good thing, especially places to live and that bring people to the area,” DeHart said. “So I welcome the new neighbors.” tweet this

“Any kind of growth is a good thing, especially places to live and that bring people to the area,” DeHart said. “So I welcome the new neighbors.”


The development plans still have to be approved by the Memphis City Council before the developers can move forward.