A multitude of people gathered near the American Federation of State, County, and Municipal Employees’ (AFSCME) Local 1733 headquarters here Wednesday.

They were honoring Dr. Martin Luther King Jr., as well as the 1,300 sanitation workers who striked and marched in 1968 for dignity, livable wages, and humane working conditions.

The crowd heard words from Sen. Bernie Sanders who spoke of unity and change.
“Martin Luther King Jr. was a nonviolent revolutionary," Sanders said. “It is up to us to follow in his footsteps and carry forth his mission to abolish racism and poverty.

“Today we tell the President of the United States, you will not divide us.”

Led by Sanders, along with a surviving Parkland student, the crowd marched from the AFSCME headquarters to the Mason Temple where King gave his final speech.

See photos of the events below.


Slideshow 'I Am A Man' Rally, March 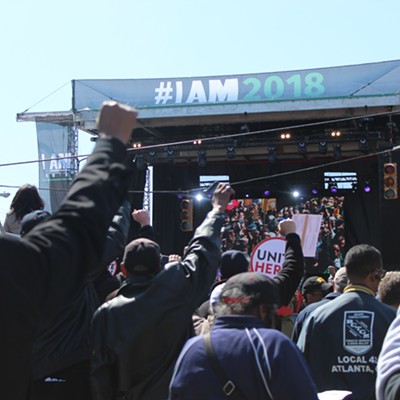 'I Am A Man' Rally, March
By Maya Smith
Click to View 46 slides