RiverArtsFest to Move From South Main to Riverfront 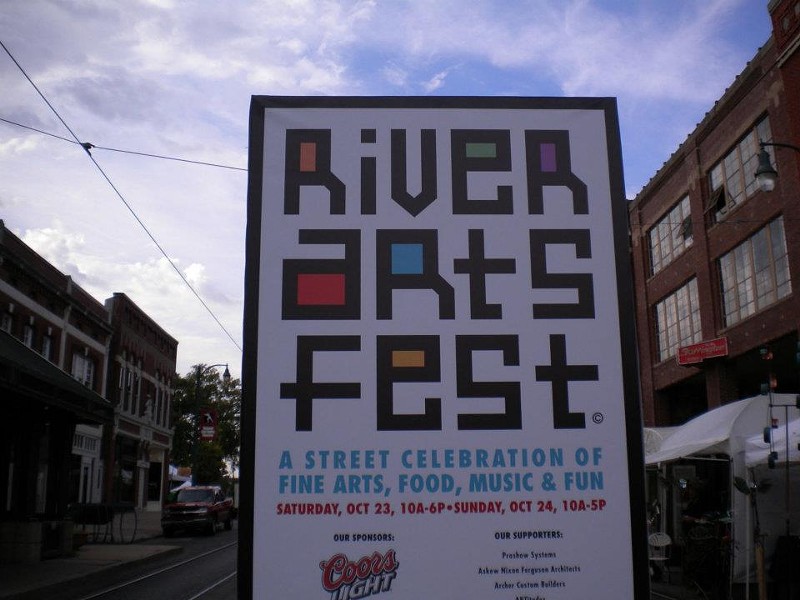 The annual fine arts festival, RiverArtsFest, will be moving to the riverfront beginning this year, the nonprofit announced Tuesday.


For 11 years, RiverArtsFest has been on South Main between Webster and Huling, but with construction ramping up at Central Station and the festival growing larger each year, the organizers had to consider a change of venue.


“We have loved our time on South Main and working with the South Main Association,” Lee Askew, longtime festival director, said. “But the neighborhood today has more residents and businesses than when we launched RiverArtsFest 12 years ago.


Now, the two-day festival will take place on Riverside between Jefferson and Union, in step with Askew's stated goal of keeping the event Downtown.


“Logistically our footprint no longer fits within the streetscape of South Main, given the recent street closure and the reboot of the trolley line,” Askew continued. “We raised the idea of moving RiverArtsFest to Riverside Drive to the Downtown Memphis Commission and the Riverfront Development Corporation, and both were enthusiastic in their support.”


Carol Coletta, president and CEO of the Riverfront Development Corporation said the festival will be one of the first public events in the new Mississippi River Park at Fourth Bluff, which is expected to be completed by the fall.


The RiverArtsFest will be from October 27-28th this year and will feature a juried artists market with art from close to 200 artists from around the country. Types of art include paintings, photography, ceramics, jewelry, and glassworks.


Each year, a portion of festival profits goes toward funding fine arts scholarships at local colleges.