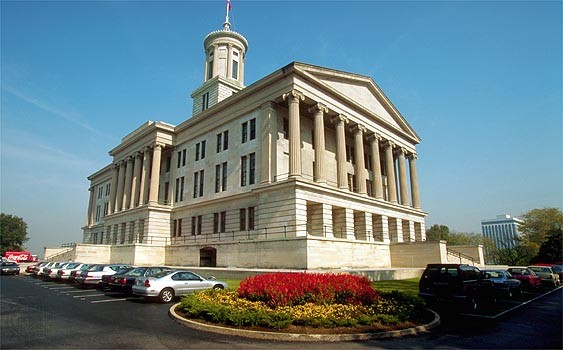 Ideas are popping on how to replenish $250,000 taken away from the city's bicentennial celebration by state lawmakers who punished Memphis for removing Confederate statues.

State House members approved a last-minute resolution Tuesday to remove the funds because city officials, in effect, removed the statues.

According to a story in The Commercial Appeal, House Democrats called the move, "vile," "racist," and "un-Christian." Republicans noted that bad actions came with bad consequences.

By Wednesday morning, some 90 people had raised nearly $3,000 on two separate GoFundMe pages. And chef Kelly English was working on his own plan.

Our city should not be punished by the legislature for making decisions in the best interest of its community and citizens. tweet this
One GoFundMe page, by Brittney Block, says, "If you are a Memphian and supported the removal of these statues in our community, please, consider donating; 25,000 of us donating $10 each would replenish the dollars lost."

"All money raised will be given to the city of Memphis," reads the page. "Our city should not be punished by the legislature for making decisions in the best interest of its community and citizens."

Let’s show that Memphians can support the brave leaders of our city that rejected these antiquated symbols of bigotry and hatred. tweet this
That page, called Memphis Budget Replenishment, had raised $2,450 by Wednesday morning.

Another page, by Mark Bird, had raised $170 by Wednesday morning.

"Let’s show that Memphians can support the brave leaders of our city that rejected these antiquated symbols of bigotry and hatred," reads the page called Memphis Bicentennial Fund. "All funds raised will be delivered to the city of Memphis and its mayor, Jim Strickland."

Around 10 pm. Tuesday, English tweeted an idea for a fundraiser of his own.

Can we get 25,000 Memphians to bring $10 each downtown to the @CityOfMemphis? I’m in for $10. Someone who doesn’t deserve the brunt of a political stunt and who needs that job or program will get it, no matter what you believe on the topic. I’ve got $10 to give. Who is with me? https://t.co/4DPTLMjMAq