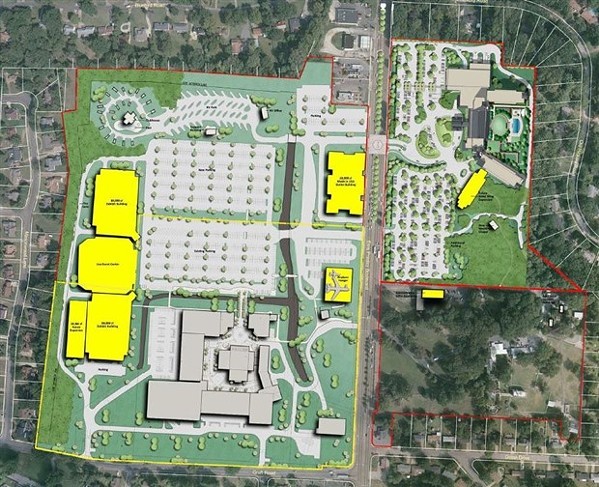 
The council discussed amending Graceland’s TIF, increasing it from 50 to 65 percent, so that Graceland can move forward with a $20 million expansion project which includes an 80,000-square-foot exhibition and convention center and a 6,200-seat arena.


This robust discussion comes after the Economic Development Growth Engine of Memphis and Shelby County (EDGE) voted to approve the exhibition space and the TIF increase last month, despite concerns that the arena could violate the city’s noncompete clause with the Grizzlies for the FedExForum.


Graceland officials agreed then to privately fund the arena to avoid violating the clause.


Still, like EDGE, the council would approve the increased TIF contingent on either a chancery court ruling that the arena doesn’t violate the noncompete clause or both parties entering into a formal agreement settling the conflict.

Councilman Worth Morgan said compromising the agreement with the Grizzlies is “a line we should never cross.” tweet this

Councilman Worth Morgan said compromising the agreement with the Grizzlies is “a line we should never cross.”


The city’s chief operating officer Doug McGowen told the council it’s “unwise” to approve anything before having a legal ruling. He added that if the arena will be constructed with private funds, then it’s unclear what the additional 15 percent in the TIF will go toward.


“We are very supportive of increased development in the area, but love to see very specific developments for which the incentive will be used,” McGowen said. “Then we can consider it in the full light of day.”


Council Chairman Berlin Boyd agreed, saying that it’s premature to vote without defining the exact uses for the money and “leaving this legislative body in the dark.”

The arena would hold about 50 events per year, and for every ticket over $15, Graceland has agreed to donate $1 to EDGE for development in the Whitehaven neighborhood. tweet this

Meanwhile, legal representatives with Graceland said it could take years to get a court ruling. If and when the legal issues are resolved, it would take 18 months to complete the arena, which, along with the new convention center would provide approximately 50 full-time jobs.


The arena would hold about 50 events per year, and for every ticket over $15, Graceland has agreed to donate $1 to EDGE for development in the Whitehaven neighborhood.


The council will vote on the resolution to increase the TIF in two weeks. It must also be approved by the Shelby County Commission and officials at the state level.