On Thursday, Tennessee Valley Authority (TVA) board members approved a new fixed-rate structure for how it charges utilities for electricity, despite opposition from environmental groups, small business groups, and even the mayor of Nashville.

A news release about the change from the TVA touted TVA’s accomplishments since 1933 (going all the way back to rural electrification), noted its 85th birthday only eight days away, and mentioned, vaguely, that the board “approved measures to help ensure the continued evolution of services that add value to Valley residents and businesses during its meeting in Muscle Shoals.”

”The board approved the establishment of a wholesale fixed rate equal to 6 percent of the wholesale rate – the equivalent of about $0.005 cents per kilowatt-hour,” reads the release. “The variable portion of the wholesale rate will be reduced by the same six percent, or $0.005/kWh, making the change revenue neutral for TVA.”

When asked for help to decipher the new structure, TVA spokesman Scott Brooks wrote, ”Essentially, the board approved a half cent fixed cost and lowered the electric charge by the same amount. So that equates to about 6% of the wholesale cost.”

The Sierra Club explained it this way, ”TVA’s board of directors today approved a mandatory fixed fee that will force customers to pay more on their electric bill before they even flip a switch.”

The news release also — calmly and easily — delivered the bit of news power customers across the Valley have dreaded.

”Individual monthly power bills across the region may vary slightly as local power companies incorporate this change into their own rate structures beginning Oct. 1, 2018,” the release says.

That means MLGW could pass that shiny new fee onto its consumers, that is, anyone in Memphis who turns on a light, cools their homes, or likes ice in their drinks.

If power companies do pass the charge on to consumers, the Southern Alliance for Clean Energy (SACE) said the fixed fees could add up to around $350 a year for average residential customers. Further, the group said Thursday’s vote could be the “first step” in a “pattern of increasing monthly fees and costs.”

The change comes as TVA has seen less demand for electricity, thanks to energy-efficient technology like LED lights bulbs. But the agency’s cost to maintain its massive power grid has stayed the same. So, the new fee charges customer to access that grid. TVA has said it’s the same as cell phone companies charging customers to access its wireless networks.

“TVA gives big industries a break on their energy usage — the more they use, the more they save — while imposing fixed fees and a mandatory grid access fee on to the local power companies who will then pass those charges on to struggling people and families to pay more,” she said in a statement. ”Where is the equity here? 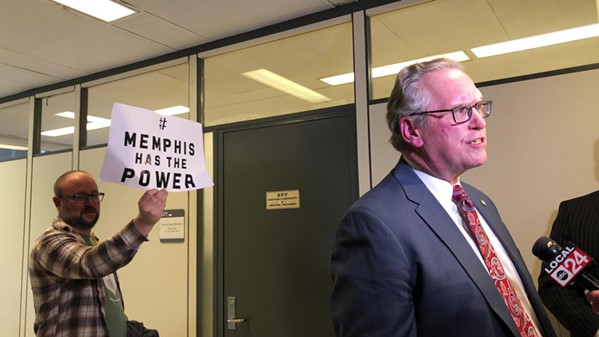 “The sad, and yes immoral, unintended consequence will be adding more cost to our region’s low and fixed income citizens,” he said.

Nashville Mayor David Briley said the change could hurt his city’s low-income residents, economic development, and efforts to become “the greenest city in the South.”

“Google, Ikea, UBS, Bank of America, Phillips, Schneider Electric, and Mars Petcare are all companies with a significant presence in Nashville that have joined hundreds of companies across the globe in committing to 100 percent renewable energy,” Briley wrote in a letter to TVA board members. “These are the kinds of corporations Nashville is currently attracting and hope to continue to grow.

“Instead of maintaining a welcoming business environment, TVA’s proposed rate structure would actively discourage visionary companies like these from locating here. This contradicts TVA ’s stated goals of encouraging economic development that creates opportunities and improves quality of life.” 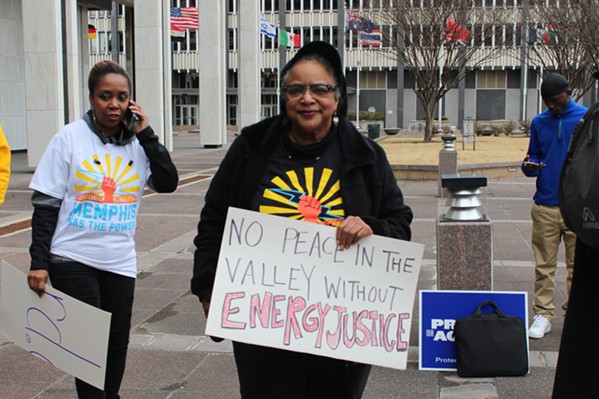 TVA president and CEO Bill Johnson, (the highest-paid federal employee earning around $6.5 million per year) said the change was about adapting.

“[TVA's past successes] are the legacy of generations of TVA employees whose ability to adapt to changing times allowed them to evolve how we serve the needs of more than 9 million people each day,” said Johnson in a statement. “Today, we build on their legacy by evolving our pricing structure to ensure rates remain as low as feasible and are fairly distributed to everyone who benefits from the safe, reliable energy Tennessee Valley public power providers deliver while supporting increased customer interest in renewable and dispersed energy sources.”