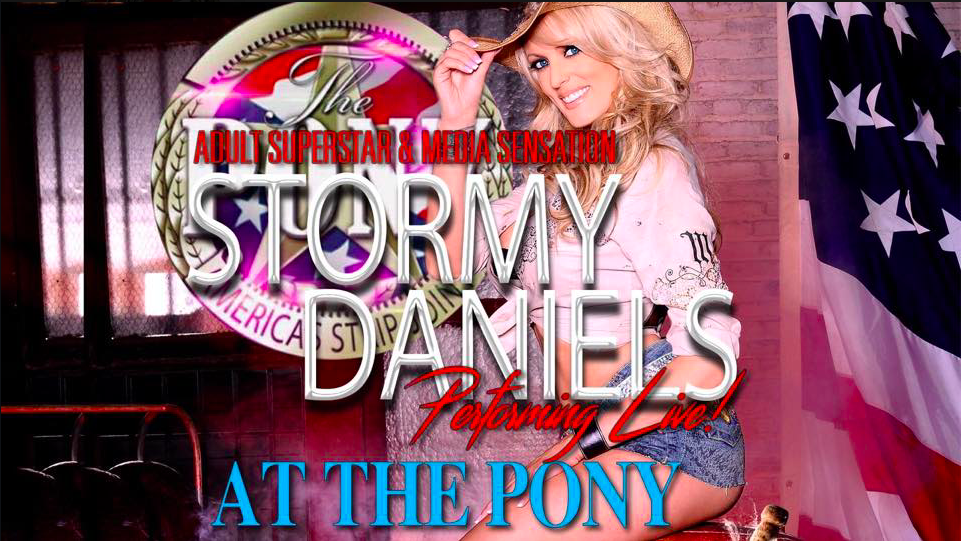 Daniels, who once allegedly had an affair with President Donald Trump, will perform at the famed, pink strip club on Winchester on Monday, June 18th. The club announced the performance on Facebook Wednesday.

The post calls Daniels an "adult superstar and media sensation," but also notes that she "is credited as one of the top actual screen writers and directors in the industry," and lists some of her awards. It also (because you kind of have to) states the obvious.

"Most recently however Stormy Daniels has been most recognized for her alleged affair with American President Donald Trump!!!" reads the post.

He saw her live — now you can, too! tweet this
The tour has taken Daniels all over the country but, maybe, West Hollywood gave her the warmest reception.

In advance of our 4PM presentation of the Key to the City, we'd like to wish everyone a Happy #StormyDanielsDay! @StormyDaniels @MichaelAvenatti #WeHo https://t.co/kLyiOmB3Jo pic.twitter.com/RrMqN6bS6l


After her show in Memphis, she'll be at The Pony in Evansville, Indiana on June 19th (where she'll give private dances). She's due to hit the stage at The Pony Indy (in Indianapolis) on June 20th.

She's playing The Cadillac Lounge in Providence, Rhode Island on June 24th. She's due in Atlanta next month.

But life on the road isn't all glamorous. On a stop in Bend, Ore. last month, an intoxicated man threw his wallet at Daniels (and hit her in the face as she danced to Lenny Kravitz's "American Woman"), but he won't be charged.

The Memphis show at The Pony features meet-and-greets with the star at 9 p.m. and 11 p.m.