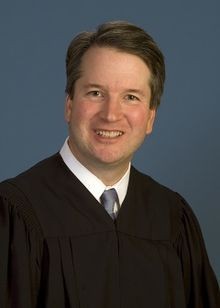 Politicians had plenty to say late Monday after President Donald Trump revealed Judge Brett Kavanaugh as his pick for the U.S. Supreme Court.

Kavanaugh, 53, has sat on the bench of the D.C. Circuit Court of Appeals for more than 12 years. He served as aide to former president George W. Bush and was on the legal team that investigated former president Bill Clinton.

His selection came after two weeks of speculation and culminated in a prime-time news conference with Trump on Monday.

Here’s what Sen. Bob Corker had to say:

“The Supreme Court plays a crucial role in our democracy, and the process of advice and consent on presidential nominations is one of the most serious responsibilities we have as United States senators.
He is a well-respected jurist. click to tweet 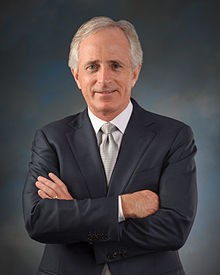 “For more than 12 years, Judge Kavanaugh has served honorably on the federal bench, hearing critical cases before the D.C. Circuit Court of Appeals. He is a well-respected jurist who understands the importance of upholding the Constitution and applying the law in a fair and independent manner.

“I look forward to meeting with Judge Kavanaugh during the confirmation process.”

“It is a sadly predictable and a foregone conclusion that Trump’s pick, from a shortlist approved by Leonard Leo and The Federalist Society, an extreme conservative legal

group, will not only entrench the 5-4 conservative dominance that gave us Citizens United, gutted the Voting Rights Act and, in its most recent term, trampled on labor rights and gave extremists the right to discriminate and erode the protections long afforded minorities, but will move the court even further to the right.
It is a sadly predictable and a foregone conclusion that Trump’s pick...will move the court even further to the right. click to tweet
“I have profound concerns that, with the choice of Brett Kavanaugh, the Court will be further emboldened to roll back women’s reproductive rights, voting rights, affirmative action in higher education and other guarantees of democracy and equal opportunity.”

“The president has nominated a well-qualified jurist.

“Unfortunately, the Senate has gotten into a bad habit of treating good people as ‘innocent until nominated.’ Instead, I hope this confirmation process will be conducted with dignity and respect so that we may learn more about Judge Kavanaugh’s character, temperament and attitudes.”