'Daily Memphian' to Launch in Fall 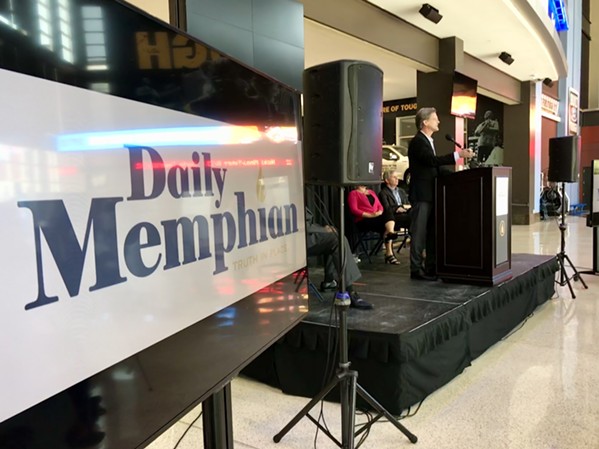 Official details emerged Monday about the city’s newest media outlet, an online-only newspaper called The Daily Memphian, including the facts that the paper will have a paywall, will cost $7 per month, will be funded initially by a nonprofit, and will launch in the fall.

Rumblings, rumors, and speculation about the new publication began in May, with a post on the Smart City Memphis Blog. After that post came the departures of some of The Commercial Appeal’s most-known names — sports columnist Geoff Calkins, food and dining writer Jennifer Biggs, and editor and columnist Chris Herrington.

Similar departures of other key CA newsroom staff have followed, including reporters Clay Bailey, Tom Bailey, Marc Perrusquia, Wayne Risher, and photographer Jim Weber. Reporters have departed other newspapers, too, including Elle Perry and Michelle Corbet from the Memphis Business Journal. The current editorial staff from The Daily News will join The Daily Memphian as well.

Organizers of the new paper called themselves “a concerned group of Memphians, including key journalists and media professionals, recognizing the need for a strong, locally produced media sources.”

Eric Barnes, president and executive editor of The Daily Memphian, said the need for a new local publication came as The Commercial Appeal has been reduced in size and staffing and has lost local control. Gannett Co., the newspaper’s corporate owner, is based in Virginia. Much of the copy-editing, design, and other functions of The Commercial Appeal are out-sourced elsewhere.

“This effort will be of Memphis, not only in Memphis,” said Barnes. “The team will cover a wide range of Memphis-focused news, including politics and government, community and neighborhood issues, education, business and economic development, sports, arts and culture, and much more.”

The Memphian will also enter a joint venture with The University of Memphis Institute for Public Service Reporting. That unit will be led by Perrusquia and advised by former CA editor, Louis Graham. Investigative news stories created in the Institute will be published in The Memphian.

Barnes said the staff will likely grow as the paper gets closer to its fall debut.

The nonprofit behind The Daily Memphian is called Memphis Fourth Estate Inc. That organization is led by Andy Cates, general partner and CEO of RVC Outdoor Destinations.

Look for an updated story in this week's print edition of the Memphis Flyer.