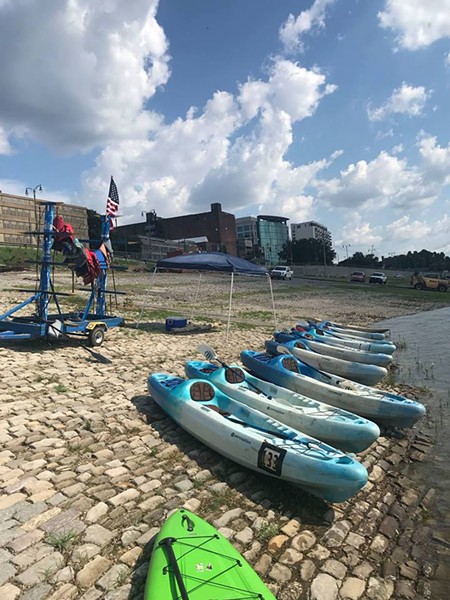 Kayak tours of the Wolf River Harbor will begin Saturday at the historic cobblestones in Downtown Memphis.

Kayak Memphis Tours, the same company that runs Ghost River Outfitter, will begin renting kayaks and stand-up paddle boards to the public for tours of the harbor from 8 a.m.-8 p.m.

For the new tours, the company partnered with Memphis River Parks Partnership (MRPP) "to give Memphians and visitors a new way to experience the Memphis riverfront."

Kayak Memphis will be open on the cobblestones on Saturdays, Sundays, and weekday afternoons. Tickets for the tours are $20 (with an additional $1.83 fee). Get them here.

The company will host a "fun and friends" kayak race on Saturday at 11:30 a.m. from the cobblestones to the A.W. Willis Bridge. It'll also host a social media photo contest. The best photo wins one of the company's kayak tours from the northern end of Greenbelt Park to Tom Sawyer's RV Park in West Memphis (a $75 value).