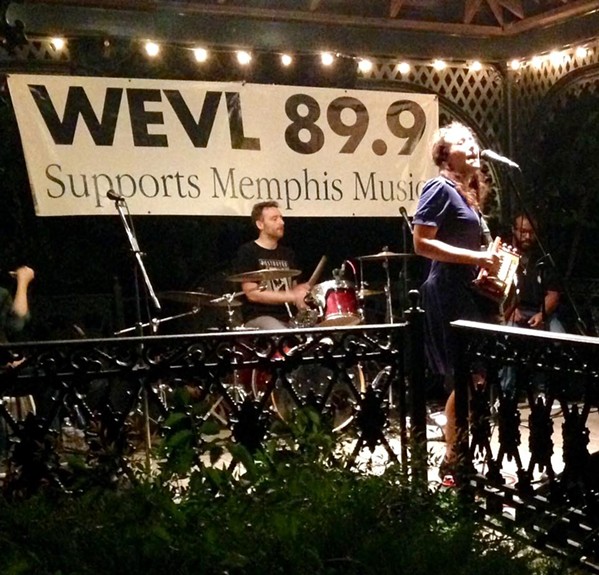 A new group is hoping for changes at WEVL, the city’s volunteer radio station.

Friends of WEVL began posting to Facebook (publicly anyways) Tuesday. Its website already has more than 150 “Friends of WEVL,” a group of supporters who have signed up through the site. Look for a guest column in this week's Memphis Flyer from Friends of WEVL co-founder, Robby Grant.

The group called WEVL ”a Memphis institution” and says it’s a “source of great pride for music lovers and musicians in Memphis and beyond.”

”But with the changing landscape of the way people listen to music and the growing collaborative music and arts scene in Memphis, we feel WEVL can do better (can’t we all, really?)” reads the Friends of WEVL website. “At the base level, we’re trying to make WEVL financially, operationally, and culturally stronger — celebrating its incredible heritage, but also working toward solidifying its future.”

The group wants more local programmers on WEVL. The station has 40 local on-air programmers but used to have 80. It says more than 25 percent of WEVL’s broadcast lineup is comprised of syndicated programs or are replays of old shows.

Of those 40 programmers, only Joyce Cobb is African American, the group says, and she’s the station board’s only person of color. The group suggests the station diversify both its board and line-up of programmers.

The group wants WEVL to broadcast 24 hours per day, wants an easier process for new programmers to get a show, and for the station to pursue new funding opportunities like donations from charitable foundations, event sponsorships, and underwriting.

“The building on South Main that WEVL currently rents was renovated almost 30 years ago, with no significant improvements done since then,” reads the group’s website. “It is in serious need of refurbishment and modernization.

”The management of Crosstown Concourse has expressed interest in having WEVL move to an 1,800-square-foot space on the ground floor.” These suggestions and more originated from a group called the Development Exploratory Committee. That group was ”comprised of three WEVL fans who are driven to securing a healthy financial, operational and cultural future for the station” and three WEVL board members. “The (WEVL) board approved this committee at their March meeting,” the site says. “The WEVL board later voted to dissolve the committee during their July 30 board meeting.”

The list of Friends of WEVL includes 15 anonymous WEVL programmers.

“On August 20th the management of WEVL informed the programmers that allowing their name to be listed on this website will subject them to disciplinary action, which could include loss of their radio program,” reads the site.

“We are immediately removing the names of all programmers from the Friends list, and replacing them with an entry titled 'Anonymous WEVL Programmer.' We would encourage programmers to continue to sign up as a Friend of WEVL.”