After close to two years of construction, the Pink Palace Mansion is set to re-open December 8th, the museum's officials announced Wednesday.


Relocated and refurbished exhibits in the mansion will include a Piggly Wiggly store replica, a rural early 20th century country store, and a restored Clyde Parke Miniature Circus, which will be displayed on the second floor of the mansion — a section that has been closed to the public for 40 years.


Bill Walsh, marketing manager for the Pink Palace said opening up the second story of the mansion will “will be a great opportunity for many visitors to see a side of the mansion they’ve never seen.” 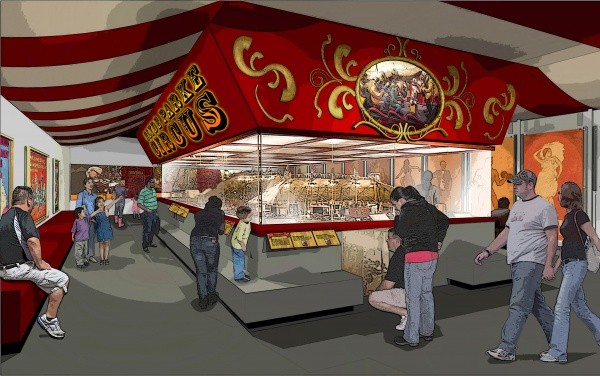 The revamped Piggly Wiggly exhibit will be recreated based on patent drawings and photographs of the original store. There will also be space dedicated to Clarence Saunders, the founder of Piggly Wiggly, who first began building the mansion in the 1920s, but had to turn the house over to the city for a museum after declaring bankruptcy.


The renovated mansion will also house new exhibits like the Cossitt Gallery, featuring more than 600 artifacts from the city’s first culture and history museum. The museum was set up in a room in the Cossitt Library in the early 19th century. The new gallery will aim to recreate the look of that first museum.


Other new exhibits will include a Memphis streetscape meant to depict the symbolic intersection of black and white culture and history from 1900 to 1925.


Walsh said construction is slated to wrap up soon and then the process of installing the exhibits will begin. “The exhibits are going to be spectacular. We’re excited that it’s re-opening during the holidays too. It’s sort of a holiday gift for Memphians,” Walsh said.