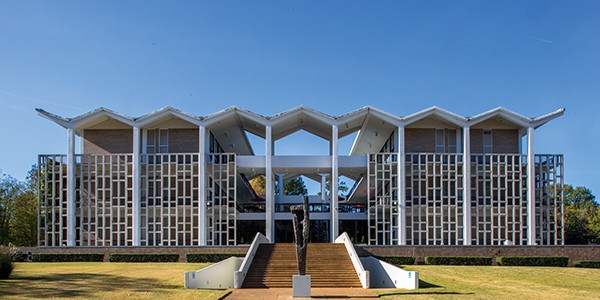 Metal Museum leaders are looking to expand the museum to Memphis College of Art’s (MCA) Rust Hall in Overton Park in a $45 million proposed project.

MCA officials announced in October 2017 the school would close because of ”declining enrollment, overwhelming real estate debt, and no viable long-term plan for financial sustainability.” The school is expected to be fully closed by 2020.

Earlier this year, city leaders launched Project Overton Park to envision the future for Rust Hall and the Brooks Museum of Art, as its leaders eye a move to a new location on the Memphis riverfront.

At first, when the idea of Rust Hall was mentioned to me, I thought, why would we do that? click to tweet
Carissa Hussong, the Metal Museum’s executive director, said when the city issues a request for proposals for Rust Hall, the museum intends to submit an application.

The museum would keep its French Fort location on the river for residency programs. Rust Hall would be the site of the museum’s exhibition spaces, metalworking facilities with apprentices, commissions, and repairs, and an expanded education program, Hussong said.

To get there, the Metal Museum has kicked off a $45 million capital campaign. It includes $21 million for renovations to Rust Hall, $4 million in renovations to its existing campus, and a $20 million endowment "to ensure the museum’s ongoing financial stability and to provide adequate resources to maintain Rust Hall."

“At first, when the idea of Rust Hall was mentioned to me, I thought, why would we do that?” Hussong said. “We have such a beautiful location that is such a part of our history. But the more I thought about it, I thought, maybe we could do both.”

The Metal Museum is six years into a process to re-envision its campus, Hussong said. They’ve been working with Looney Ricks Kiss, a local architectural, planning, and interior design firm, on a new campus master plan. They’ve also been conducting surveys “to see what people want and to what we’re doing well and not doing well,” she said.

“What we’ve gotten from that process is more — people have said we want more of everything,” Hussong said.

Should the museum be chosen for expansion into Rust Hall, the French Fort location could be home to am artist-in-residency program that “does not exist elsewhere in the United States.“ Metalworking requires lots of heavy equipment, Hussong said, and moving it is expensive. That makes traditional metalworking residencies long (lasting years) and costly.

The Metal Museum’s on-site equipment would give ”emerging metalsmiths access to equipment they not afford early in their careers.” Its onsite housing could also lower the cost and shorten the time of residencies. 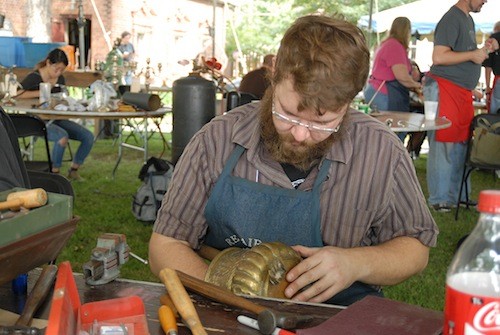 At Rust Hall, the museum would have the opportunity for a “more robust class offering.” It has no dedicated classrooms now, Hussong said. Also, no indoor space means they haven’t offered summer camps or courses.

“There are a lot of things we would be able to do in a larger location and we’d really be able to expand our programming,” she said.

Museum leaders have said the move would also allow the museum to triple its exhibition space, triple its annual visitor number, educate at least 3,800 students each year, triple the metalworking space, enlarge the museum store, and more.