More than 25,500 bike trips have been taken on Explore Bike Share (EBS) bikes since the city-wide system launched here nearly six months ago, according to new figures from the group.

EBS also shared heat maps (see below) to show where most of those rides were taken. Downtown is easily the top neighborhood for EBS rides. But riders also explored Midtown and West Memphis on many rides, according to the map.

“You can clearly see paths of travel between communities across the city and high usage within many neighborhoods, even along the Greenline into Shelby Farms and the Big River Trail in Arkansas,” Trey Moore, EBS executive director said in a statement. “Explore Bike Share is for transportation, recreation, and of course exploration, so it’s incredibly inspiring to see such robust interconnectivity.”

Here are the system’s top six most popular stations:

Altogether, the 25,522 rides taken on EBS bikes between May 23rd and November 28th have taken riders 81,445 miles and burned about 3.2 million calories, according to EBS. 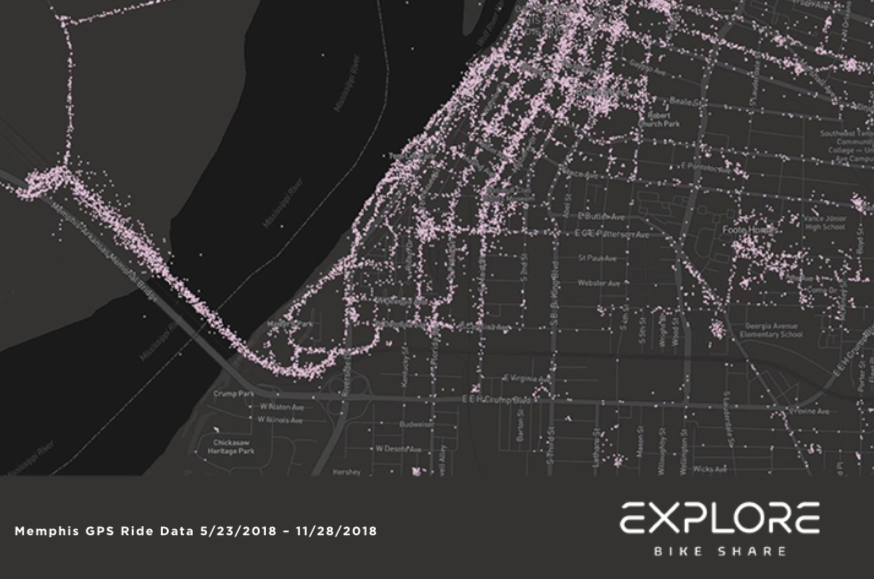 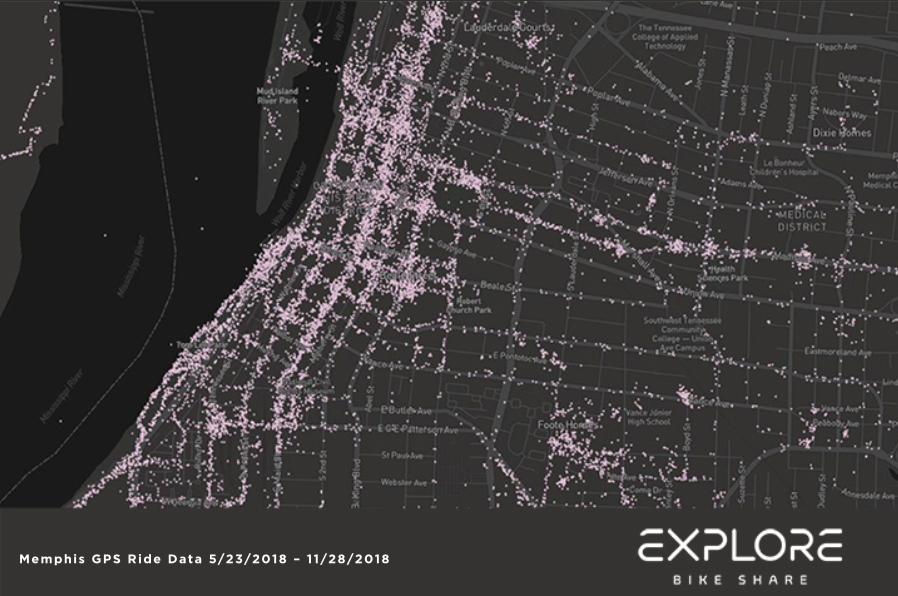 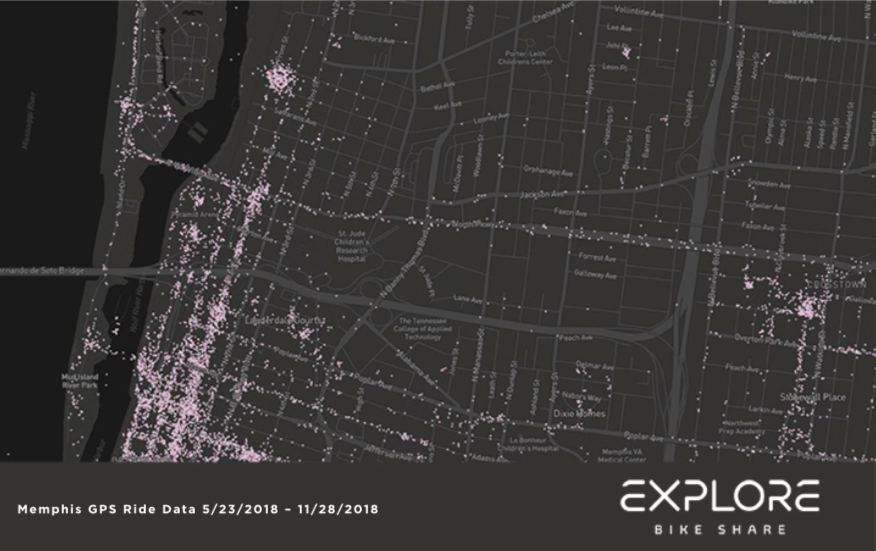