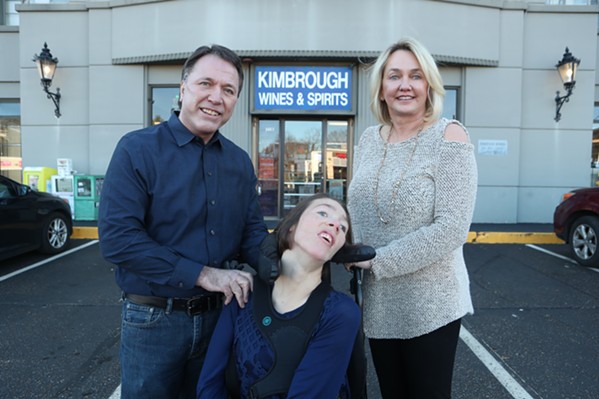 A Memphis couple will fight the Tennessee liquor lobby before the U.S. Supreme Court next month, refuting a state law that many, including a past Tennessee Attorney General, have said violates the U.S. Constitution.

State law now requires anyone seeking a license to operate a liquor store to be a resident of Tennessee for at least two years before they can get a license. That law says that since these stores sell products with higher amounts of alcohol, it “is in the interest of the state of Tennessee to maintain a higher degree of oversight, control, and accountability” over the people who have liquor-store licenses.

But the law was twice deemed unconstitutional by Robert Cooper when he served as the Tennessee Attorney General in separate opinions issued in 2012 and 2014. Before his appointment to the post in 2006, Cooper had served as legal counsel to Governor Phil Bredesen, a Democrat.
See related PDF AG_First_Opinion.pdf In 2012, Cooper wrote, “yes,” residency requirements here “violate the Commerce Clause of the United States Constitution.” The clause, broadly, empowers Congress to regulate commerce among states. Cooper repeated his opinion in 2014.

“A number of courts, including the United States Supreme Court, have rejected the argument that a state’s need for greater oversight with alcohol-related licenses can be served only by favoring residents over nonresidents,” he wrote in 2014.

They bought it because their daughter, Stacy, who has cerebral palsy, had a lung collapse when temperatures changed quickly in their home in the Salt Lake valley. To save her life, according to the group representing them, they had to find another place to move.

The opportunity to buy Kimbrough came along and the Ketchums thought the move to Memphis would allow for a better climate for their daughter’s health and would allow them more flexibility to care for her.

They applied for a license to operate the liquor store. But the Tennessee Wine & Spirits Retailers Association threatened to sue the state Alcohol Beverage Commission if the Ketchums were approved, citing residency requirements in state law. All of this is according to the Institute for Justice, the group representing the Ketchums in court. The group describes itself as a ”legal advocate for economic liberty” .

A federal district court in Tennessee ruled for the Ketchums and later, too, did the Sixth U.S. Circuit Court of Appeals. State officials did not seek a stay of the district court’s injunction, which allowed the Ketchums to get their liquor license and buy Kimbrough in the summer of 2017.

But the liquor lobby aims to prove its case in court and now oral arguments are slated for January 16th before the U.S. Supreme Court.

Three separate parts of Tennessee’s law will be argued. One, the two-year residency requirement to get a liquor-store license; two, a 10-year residency requirement to renew liquor-store licenses; three, that corporations cannot get such licenses here unless every member of the corporation, its directors, and stockholders have lived in-state for at least two years.