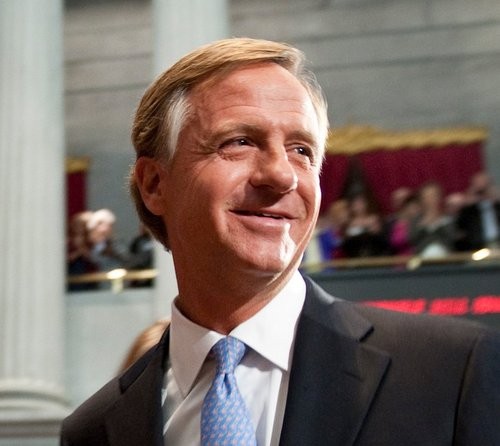 “These individuals receiving pardons have made positive contributions to their communities and are worthy of the forgiveness that may help them restore their rights or obtain employment,” Haslam said in a statement. “Clemency requires attempting to balance mercy and justice, and my legal team and I have taken this responsibility seriously during a thorough review of many cases.”

“She has been recognized for her significant involvement with military-related and children’s charities and received a unanimous, positive recommendation from the Tennessee Board of Parole,” Haslam said.

• Shea Langs for his 1992 drug-related conviction.

“He has obtained higher education degrees and works as a veterans justice outreach coordinator,” Haslam said.

“He is a decorated Vietnam veteran and received a unanimous, positive recommendation from the Tennessee Board of Parole,” Haslam said.

While in office, Haslam has granted a total of 9 commutations, 35 pardons, and one exoneration.