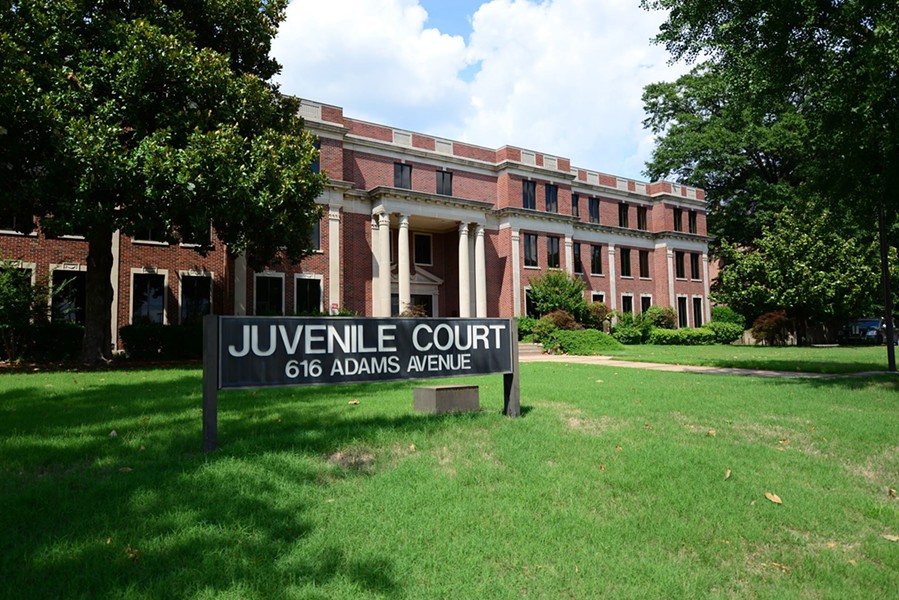 The Juvenile Detention Center here is in worse shape than the Shelby County Jail at 201 Poplar or the Shelby County Penal Farm, according to county leaders who moved forward a plan Wednesday for a new youth facility.

Shelby County Mayor Lee Harris brought his plan for a new $25 million Juvenile Education and Justice Center (JEJC) back to Shelby County Commissioners Wednesday in a day of committee meetings. Commissioners on those committees — public safety, budget, and facilities — gave their initial blessings for the $1.3 million needed to get the process for the new building off the ground. But that money can’t move until the full commission votes on it during its regular meeting Monday.

Harris introduced the idea for a new center last year, after he won the county mayor seat in August. Since then, much has happened around the existing center and the area’s juvenile justice system in general.

The U.S. Department of Justice (DOJ) ended its oversight agreement to monitor the Juvenile Court in October. A DOJ report in December said the court still has many issues. In January, a disturbance at the Juvenile Detention Center had leaders put five Shelby County Division of Corrections officer put on suspension and saw almost a dozen detainees moved to an adult jail facility. That disturbance is still under investigation.

Harris said he wants a new facility geared toward rehabilitation. He said that means a place with a classroom, recreation opportunities, a place for visits with parents, and a space for doctors to conduct visits without having to share the space between male and female detainees.

Sheriff Floyd Bonner told commissioners that the existing facility is “outdated and not conducive for learning and rehabilitation.” Providing a space for that is “high on my priority list,” Bonner said.

Tucker said the only place for recreation at the facility now is an outdoor rooftop area that can only be used at certain times per year. Four classrooms that can each accommodate 15 people at a time pose major issues for the 97 people now detained at the center.

The current detention center was originally built in 1935 for Christian Brothers College. click to tweet
Commissioner Mick Wright pointed to the 18 pages of the 100-page report that focused solely on the building’s mechanical systems.

Commissioner Amber Mills said, “when I heard other people saying that the building is worse than 201 Poplar, I had to see it for myself.”

“After I saw it, I thought we need to move forward,” Mills said. “These people are going to be in this building for the three or four years until (a new building) is completed. I’d like to see boots on the ground, talking about the design, and not just in theory. And I think we need to do bigger versus smaller.”

Shelby County Public Works director Tom Needham told commissioners his division has been “putting Band-Aids on things” at the current facility until a complete renovation of the space could be completed. Though, that renovation was not scheduled until 2022 or 2023.

As for timeline for a new juvenile justice building, it was clear during Wednesday’s meeting that it won’t happen as fast as leaders would like. Needham said a requests for proposal could not move ahead until next month, an architect could not be chosen until April, the design process would take about 12 months. In all, the project could not even go out for bids to contractors until June 2020, Needham said.

It was clear during Wednesday’s meeting that it won’t happen as fast as leaders would like. click to tweet
Asked if the timeline could be accelerated, Needham said he doubted it, pointing to the 18 months it took for the design process for the new, yet-built Shelby County Health Department building.

“We’re almost at the sixth-year anniversary of the discussion of the health department building,” Harris said. “There is no construction equipment on site and not one shovel full of dirt has moved.

“This is a very difficult process. But we’re…moving as fast as possible.”

Sawyer asked before the vote that those leading the project to remove the word “juvenile” from the building and the project altogether. The term, she said, has negative connotations. She said she prefers the word “youth.” She also pointed to larger issues that also need to be addressed as the process moves on.

“I cannot reiterate my hesitancy and concerns until we address the systemic racism that permeates the juvenile — the youth! — justice system,” Sawyer said.