Violent crime, gun crime, and robberies were down last year, but charges against youth were up, in a year-end analysis released Thursday.

Leaders with the Memphis and Shelby County Crime Commission and the University of Memphis (U of M) Public Safety Institute said they were encouraged by the figures but one said ”we have a long way to go.” 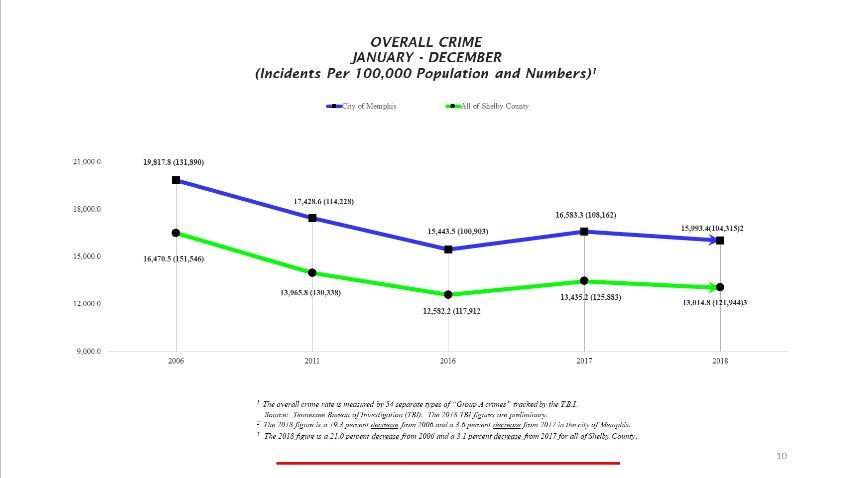 Violent crime
(The rate is calculated based on the total number of reported murders, rapes, robberies, and aggravated assaults per 100,000 residents.)

• Memphis and Shelby County: down 15.8 percent 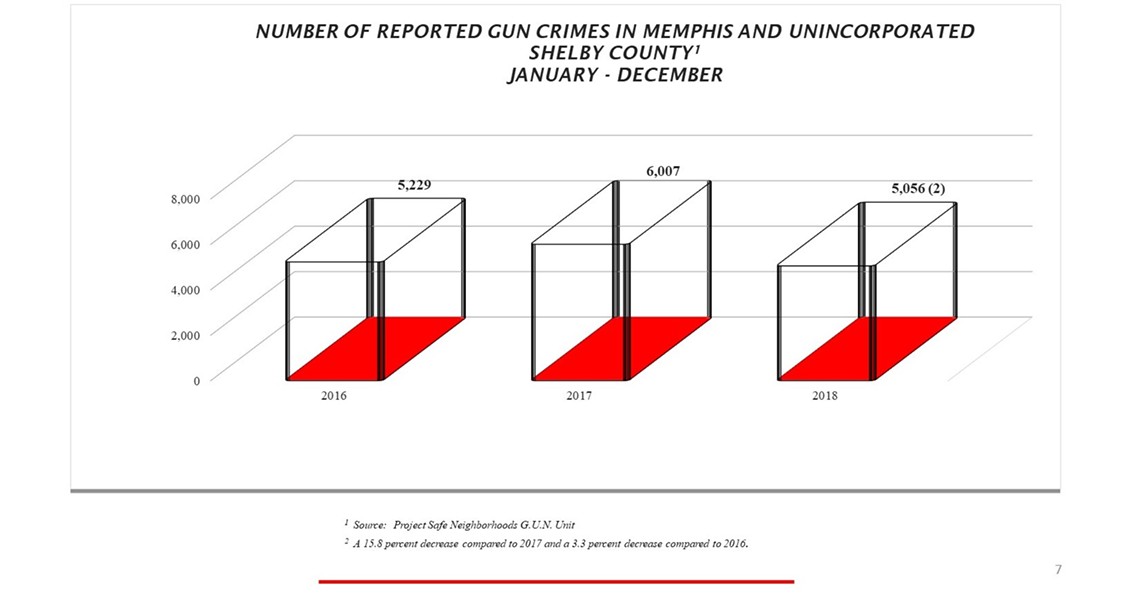 • Brought to Juvenile Court: up 8.5 percent

• All violent and nonviolent charges: up 16.5 percent

“The 2018 crime statistics give us reason to be both encouraged and concerned,” said Shelby County District Attorney General Amy Weirich. “It is encouraging because major violent crime is down overall, especially crimes of rape, domestic violence and robbery.

"What is concerning, however, is the significant increase – 16.5 percent - in delinquent offenses charged against juveniles, including 661 major violent charges. That is a trend we all must work to reverse for the safety of the community.”

That is a trend we all must work to reverse for the safety of the community. click to tweet
Bill Gibbons, president of the Crime Commission, said “we can take some encouragement” from the decreasing violent crime rate but that “ we have a long way to go” to reduce it further. In a statement, Gibbons said the violent crime rate was at its lowest in recent years in 2011, in which the Memphis Police Department had its highest complement of police officers.

So, what helped the crime rate drop? Here’s what the Crime Commission says:

• Enactment of tougher state gun laws and stepped up efforts at both the federal and state levels to hold individuals accountable for committing gun crimes;

• A Focused Deterrence Initiative launched by the D.A.'s office to focus on serious offenders and reduce the likelihood that they continue criminal behavior;

• A renewed commitment to data-driven policing coupled with an increase in MPD officers.

“A recent assessment by the U of M's Public Safety Institute showed immediate reductions in major crime categories on a consistent basis in certain geographic areas identified as ’hot spots’ warranting additional resources through data-driven policing,” reads the report.