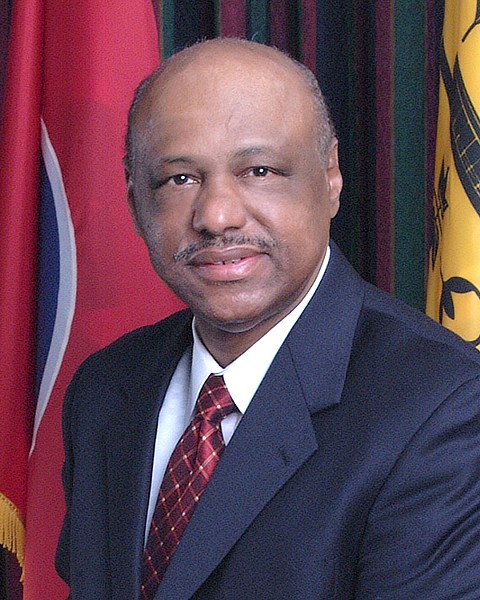 
Chair Kemp Conrad proposed two weeks ago to appoint a second vice chair who could step in when either or both the chair and vice chair are not present.


As Conrad tried to table the conversation for the full council meeting, Brown interjected: “Let me tell you something, nobody is afraid of anybody. You’re travelling in the wrong lane and you’re after something, Kemp. I know you and this looks like corruption.”


Brown said he advises his colleagues to vote against “something like this.”


Brown also raised concerns in the meeting about a change of council rules that councilwoman Patrice Robinson proposed in the wake of the recent controversies surrounding the District 1 vacancy.


One of the rule changes that Brown contested was a move to allow a majority of duly-appointed members rather than seven members to make a decision when the council has vacancies. Robinson explained that the change is to add clarity for the council and the public.


But, Brown said the change is irregular according to the rules that we did have, calling it “wrong.”.


“It never ceases to amaze me how people want to change processes,” Brown said. “I don’t know what this game is all about, but you try to change something to fit people’s needs and not the needs of the public.”


However, Robinson said her reasoning behind the change is motivated by the conflicting passages of council rules she discovered during the November and December attempts to fill the District 1 seat.


“I took the time to sit down and read it and highlight them so staff could get a legal opinion,” Robinson said. “It’s so we’re all on the same page. I’m not trying to change it just to change it. I’m trying to see to what we have here is clear.”


Brown continued to challenge the rule change, calling it “murder.” Brown said the council “not to long ago murdered Rhonda Logan,” one of the top candidates in the running for District 1.


“Now this is a double murder that you just came with,” Brown said. “Wrong is wrong and right is right.”


The tense debate led Conrad to read a passage from the council rules of decorum for meetings, encouraging his colleagues to “think about what we say and how we say it before we speak to each other.”


The full council will vote on whether or not to add a second vice chair at its full meeting this evening. In two weeks, the council will return to the discussion of changes to council rules and procedures.