Memphis to Train and Hire More Police Officers. Will It Affect Crime Rate? 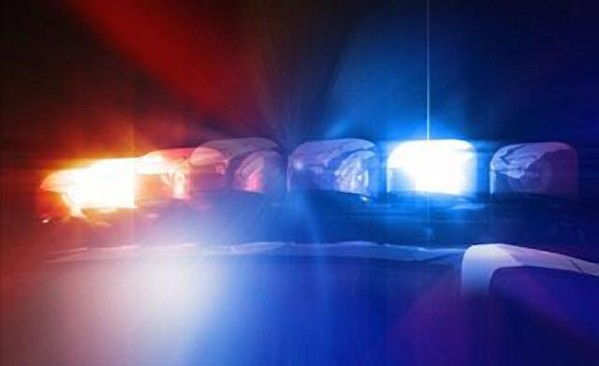 In an effort to reduce violent crime in the city, the Memphis Police Department (MPD) is actively looking to hire more officers, with a goal of 2,300 commissioned officers by the end of 2020.


In his State of the City Address last month, Memphis Mayor Jim Strickland said MPD is on track to have 2,100 officers by the end of this year, after dropping to 1,900 in mid 2017.


The recent rise in the number of officers was aided by improved recruitment efforts and better pay for current officers, Strickland said.


“Our officers have received raises of as much as 7.75 percent since we took office, after almost seven years without any raise at all,” Strickland said in his address. “And as we assemble this year’s budget, pay for our public safety employees is at the top of our priority list.”


Anthony Rudolph, training commander at Memphis Police Training Academy attributes the increase in officers to the department’s enhanced recruiting efforts through attending job fairs and community events, both locally and in major cities as far away as Seattle.

“Mayor Strickland has made it a priority to rebuild the police department,” Madden said. tweet this


In order to maintain the quality of the department as the quantity grows, Rudolph said MPD has “beefed up” the staff in the background unit, which is now at "full capacity." The unit’s sole job is to screen applications, looking into the background of applicants to make sure they are suitable for the job.


When recruits leave the academy, Rudolph said they are “highly trained in what they do.”


In 2018, three police recruit classes were held, while five classes with 75 recruits in each are slated for this year, Rudolph said.


Ursula Madden, the city’s chief communications officer said at the height of MPD’s staffing in 2011, there were roughly 2,400 commissioned officers. During that time, the violent crime rate was at its lowest since the MSCC started measuring the rate in 2006.


“Mayor Strickland has made it a priority to rebuild the police department,” Madden said. “To that end, our human resources team used our headcount from 2013 to set a goal to recruit and retain 2,300 officers by the end of 2020, while our consultants conduct a workforce analysis.”


Madden adds that the number could change based on the analysis of the consultant, which the city hasn’t received yet.


Josh Spickler, executive director of Just City, a group that works to minimize the impact of the criminal justice system on people here, said “there is absolutely nothing wrong” with MPD wanting to hire more officers. But, not when done with the intention of reducing crime rates.

When the city says crime is up, so more officers need to be hired, Spickler said the city is “very overtly” saying that more police officers will impact the violent crime rate. But Spickler argues there is “no magic number” of officers at which violent crime decreases.


“Is there empirical evidence to suggest that hiring more officers will actually achieve that purpose?” Spickler said. “There’s no empirical evidence that I’m aware of that shows the number of officers has an effect on crime rates. If it’s there, show us. But it’s not there.”


Spickler said it’s “disingenuous” for the city to use violent crime as the reasoning for hiring more officers, saying he would rather hear the department say they have a personnel or staffing problem.


“That’s a totally different conversation and a very worthwhile one to have,” he said. “It leads to conversations about community policing and best ways to use our resources — the men and women in uniform. That’s the conversation I wish we would have.”


Spickler adds that in his opinion, parts of the community here are over-policed, saying that Memphis already has a high number of officers per capita.

The country has passed the threshold in which more police presence, enhanced punishments, tougher prosecution could have an impact on crime, Spickler said. tweet this

“I don’t think more officers on the streets is necessarily a good thing for the community,” Spickler said. “A big, big percentage of this community already experiences too much interaction with the police department.”

Spickler said violent crime is typically the result of a lack of opportunities and hope for individuals, and that the community has to work to create that.


“I think that means engagement with those most susceptible to violent crime,” Spickler said. “How can we engage them in a way that gives them hope and opportunity. And you see some of that stuff from many different parts of city government.”


Spickler cites expanded community center and library hours, summer job programs, youth recreation, and gang intervention programs as some of the most valuable anti-crime measures the city has taken.


The country has passed the threshold in which more police presence, enhanced punishments, tougher prosecution could have an impact on crime, Spickler said.


“Yet, the community is very, very bad about that still,” Spickler said. “Those are the things that don’t work. We’re way past that, and yet that’s what we fall back on.”