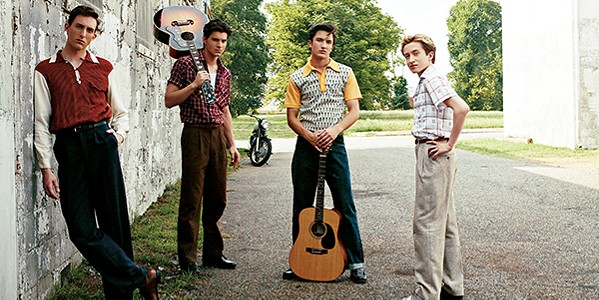 State officials have given film companies $69.1 million in reimbursements or rebates for 68 production projects in Tennessee since 2007, according to a recent report, a move that has yielded $73.2 million in new tax revenues.

The Tennessee Entertainment Commission’s (TEC) February report said the “production industry continues to play a key role in the Tennessee economy.” Incentives have helped that sector grow, the report said, and the motion picture and video industry is set to grow in the state by 41 percent over the next five years.

The sector employs 6,016 in Tennessee, ranking the state sixth among all states in overall employment in the film-production sector. The film sector has added 2,400 new jobs in the state over the last five years. In that time, the sector as a whole grew by 135 percent.

The sector employs 6,016 in Tennessee. tweet this
Most of the state’s film jobs (4,441) are in Nashville, the report said. Memphis is not mentioned in the TEC report.

The productions generate spin-off revenue, too. Over the last nine years, the reports says production projects purchased $171.9 million in goods and services from about 10,400 Tennessee vendors.

The report estimates $419.5 million in new incomes were generated for Tennessee workers from those 68 incentivized projects. In total, incentivized film projects here yielded $655.6 million in total economic output for the state since 2007, according to the report. The report did not break down figures by regions or cities.

Memphis is not mentioned in the TEC report. tweet this
In January, MovieMaker magazine ranked Memphis (for the sixth year in a row) in the top 20 places to shoot in the country. Emmy and Grammy-winning writer and moviemaker Robert Gordon told the magazine that the 1990s-era John Grisham films laid down the tracks for the movie industry here.

Here’s Gordon’s description in the magazine of shooting in Memphis:

“Memphis is a great place to shoot,” Gordon said. “As a location, you can find streets to match most any era, and most any condition.

“Also, the crews are skilled, eager, and flexible. People I’ve worked with (on non-union shoots) are ready to do what’s needed, even if it means duties not normally assigned. They’re innovative and ready to try, and if you treat people right, they’ll go the extra mile, delivering you images you’d never have imagined.

“A friend of mine says, ‘Memphis is the town where nothing happens but the impossible always does.’”

Tennessee offers production companies a 25 percent cash refund on certain costs. Wages for in-state crew qualify for the rebate, for example, while wages for out-of-state workers don’t. But not all projects are approved and the approval process (run by the TEC) isn’t objective.

“Tennessee’s state production incentive program has limited funding and therefore is not ’first come, first served,’” according to the Memphis and Shelby County Film and Television Commission website. “Projects are approved based on merit and the ’best interests’ of the state.”

The commission offers film companies discounts on Memphis Police Department rates and hotel rates, according to the website.