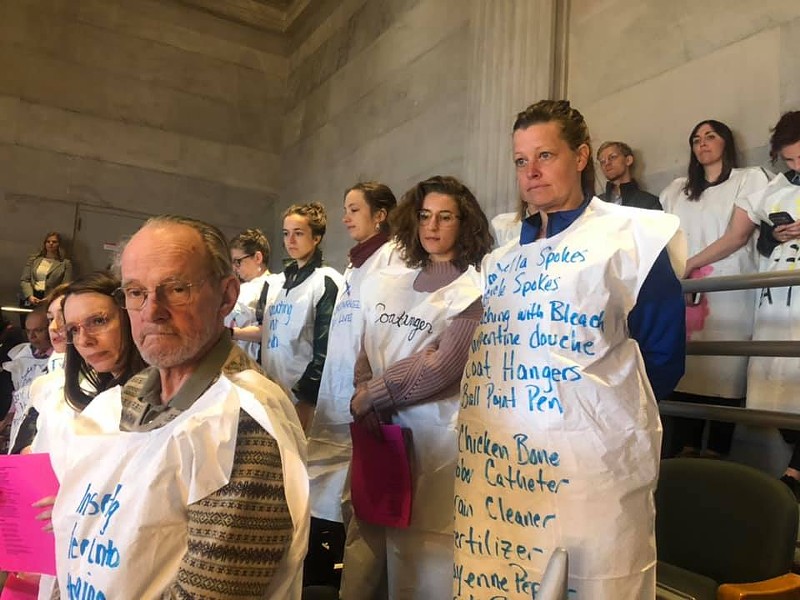 A forum aimed at stopping the passage of abortion ban legislation in Nashville is slated for Tuesday evening.

State lawmakers are now considering a bill that would ban abortion after a fetal heartbeat is detected. House Bill 77 requires health care officials to record the presence or absence of a fetal heartbeat in a woman’s medical record and require results of the tests be offered to the to the woman.

See related PDF HB0077.pdf
Planned Parenthood of Tennessee and North Mississippi (PPTNM) says the plan would "criminalize abortion and set back reproductive rights a generation.” For that, the group is hosting a forum to join “faith leaders and community advocates for a rapid response forum to stop the ban on abortion.

“What happens in Nashville can hurt Memphis, and this radical ban on abortion services is no exception,” said Ashley Coffield, CEO of the Memphis-based PPTNM. “It’s time for us to stand up and be counted and let our lawmakers know we won’t stand for this assault on our health care.”

"What happens in Nashville can hurt Memphis." click to tweet
Coffield will be joined in the forum with Norma Lester, a nurse who will share her stories of caring for pregnant women before Roe v. Wade, and the Revs. Roz Nichols and Earle Fisher.