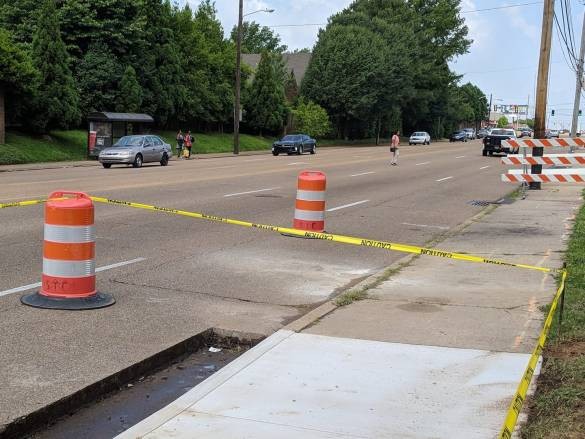 As the city begins constructing an enhanced crosswalk near the Central Library, Poplar will see lane closures for the next three to four weeks.

The $98,107 project will be the first in recent years specifically geared toward pedestrian safety.


The crosswalk will sit on Poplar, south of the Central Library, a spot officials say is a “known high-risk spot.” The risk is compounded, as two of the Memphis Area Transit Authority’s most-used bus stops are near the library, but not in close proximity to a crosswalk.


“Many Memphians access the vital resources and information available at the Central Library by bus, and currently must either walk nearly a quarter-mile out of their way to use the nearest signalized crossing or risk an unprotected mid-block crossing,” officials said. “Over the years, multiple serious crashes have occurred as a people attempted the latter. As recently as March 2018, a driver struck and killed a gentleman attempting to cross the street at this location.”

The new crosswalk will be highly visible and include a median refuge island and a pedestrian-activated crossing light. The island is meant to narrow the crossing distance, reducing the chances of incident.


Officials said throughout the construction, there will be multiple lane closures on Poplar between Tillman and Lafayette. The closures will primarily take place on weekdays between 9 a.m. and 4 p.m. with limited closures on weekday nights.


At least two lanes of traffic will be open in each direction at all times. Depending on the weather, construction is expected to take no longer than four weeks.