There are six public meetings coming up for residents to meet with city planners and learn about how the Comprehensive Memphis 3.0 plan will affect their neighborhood.

The times and locations for the meetings are listed below.

After delaying the vote on Memphis 3.0 several times since March, the Memphis City Council voted last week to hire a consultant to assess the financial impact the plan could have. The consultant has until mid-September to present their findings to the council. That’s when the council will take the second of three votes on the 3.0 ordinance.


In May, Memphis Mayor Jim Strickland signed an executive order to ensure Memphis 3.0 would guide all city decisions on the administrative side, excluding land use. The council still has to approve the plan before it can impact land use.


The 3.0 plan is meant to be a guiding document for investments and development in the city over the next 20 years. The plan identifies citywide and community “anchors,” walkable mixed-use activity hubs, as places with the greatest opportunity for growth and improvement. The plan also identifies the degree of change needed for each anchor. This means the anchor will either be nurtured, accelerated or sustained.


Acceleration anchors signify a greater degree of change is necessary for the area. These changes will rely on a mix of private and philanthropic resources, as well as some public resources, according to the document.


Here’s a quick look at what the key acceleration anchors and recommendations are for each council district in the city. To figure out which district you reside in, visit this site.

Raleigh makes up most of District 1. The anchor chosen for acceleration is the former Raleigh Springs Mall and surrounding neighborhood. In 2018, construction of the Raleigh Town Center at the site of the old mall began. The town center will feature a walking trail, green space, and skate park, as well as a new library and police precinct. Memphis 3.0 recommends that the 30 acres of the site not included in the project be developed in the future. The plan specifically suggests the following for the area:


• Incentivizing small and minority-owned businesses to locate to the area


District 2 contains the eastern-most edge of the city. The key anchor there pegged for acceleration is the intersection of Ridgeway and Winchester. The priorities in this district include reducing blight through adaptive reuses of vacant properties, increasing connectivity, and improving pedestrian safety. Specific recommendations for the anchor area include:


The southeast corner of Memphis makes up District 3. The anchor chosen for acceleration there is the intersection of Mendenhall and Winchester. The plan suggests supporting local business associations, art venues, and cultural organizations. Other priorities include increasing the number of high-quality housing options near anchors, safety improvements, and reducing blight. Here the plan specifically suggests the following:

• Creating green infrastructure in underutilized parking facilities, such as planting trees and flowers

In District 4, which sits near the middle of the city and comprises Orange Mound, Castalia Heights, and parts of Cooper-Young, the acceleration anchor is the intersection of Lamar and Airways. Some of the priorities for the district include improving pedestrian safety with traffic calming infrastructure, engaging community groups to initiate change, creating affordable commercial rent, and promoting the history of the Orange Mound neighborhood. The specific recommendations for the anchor neighborhood include:


District 5 covers much of the Poplar corridor and surrounding areas. One of the anchors chosen for acceleration here is the intersection of Poplar and Truse. The goals are to support neighborhood redevelopment and encourage private market activity, support local minority and women-owned business, and to create affordable housing options. Specially, the plan suggests the following:

• Increasing the cultural identity around the district’s anchors

• Improving the streetscape with trees, lighting, and pedestrian amenities

• Implementing a 15- or 20-minute interval bus line for Poplar 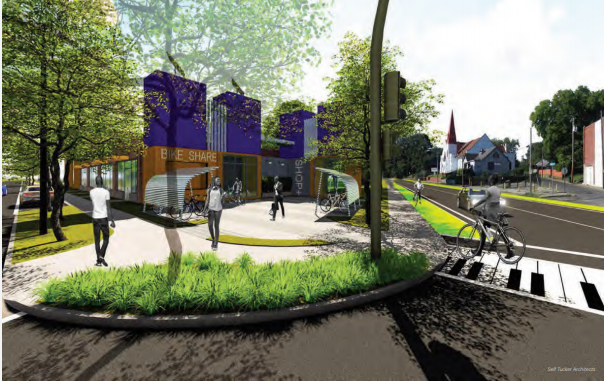 The southwestern corner of the city makes up District 6 and is comprised of portions of South Memphis, Westwood, and Whitehaven. One of the anchors targeted for acceleration is the intersection of Neptune and Walker. Priorities include identifying financial resources for housing and home repairs, blight removal, and increasing transportation options. The specific recommendations for the anchor area include:


District 7 is made up mostly of the Frayser neighborhood in North Memphis and the northern portion of Downtown. One of the anchors set to be accelerated is the intersection of Frayser Boulevard and Overton Crossing.

Some of the priorities for this area are promoting pedestrian-oriented infill, creating mixed-use development, installing traffic-calming measures, such as bike lanes and landscaped medians, and addressing the abundance of blighted, vacant properties. Specially, the plan suggests the following: 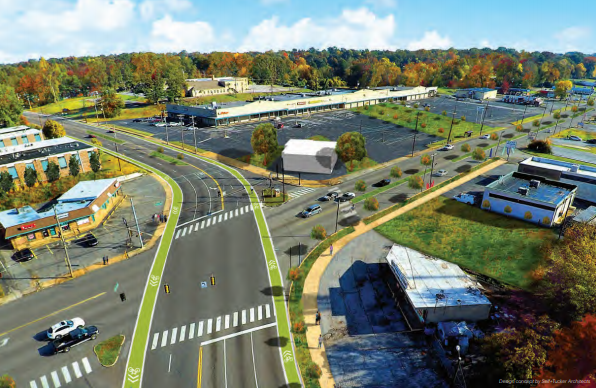 
Super District 8 is made up of Districts 6 and 7, as well as the majority of Districts 3 and 4. The key anchors for acceleration identified here are Lamar and Airways within District 4. Recommendations for the entire super district include housing rehab in areas such as New Chicago and Soulsville, infill development at Raines and Elvis Presley, and promoting pop-up shops and other commercial activity near Danny Thomas and A.W. Willis. Specific recommendations include:

• Increasing the frequency of incoming buses along Lamar, East Parkway, and North Watkins to every 15 minutes


Super District 9 comprises Districts 1, 2, and 5, as well as a small portion of Districts 3 and 4. The key anchor here for acceleration is the intersection of Park and Getwell. Some of the priorities for the super district include encouraging community events at Audubon Park, connecting public spaces to anchors, and promoting walkability. Specially, the plan suggest the following: