A Look at Mass Gun Violence in Memphis

There have been 246 mass shootings in the United States so far in 2019, according to the Gun Violence Archive (GVA).


The latest mass shooting took place on Sunday when a gunman opened fire at a festival in Gilroy, California, killing at least three people and wounding a dozen more, according to CNN. 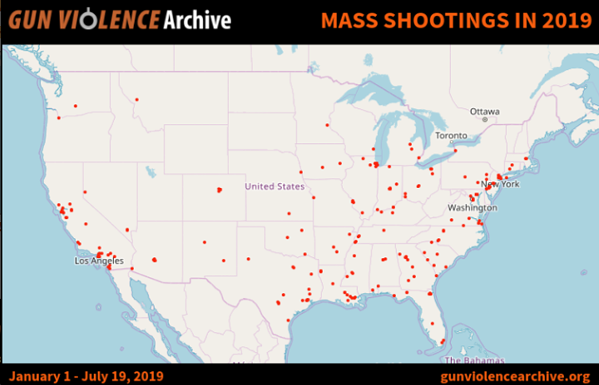 The GVA is a not-for-profit corporation that collects data from over 6,500 law enforcement, media, government, and commercial sources in an effort to provide real-time data on gun violence. The GVA is one of a handful of organizations that track mass shootings and publish the data.


There are a few different definitions of a mass shooting. The GVA defines it as a shooting in which four or more people, not including the shooter, are injured or killed in a single location.


Based on that definition, there have been two mass shootings in Memphis this year, according to the GVA. No one was killed during either shooting, but 10 people were injured.

Since 2015, there have been 27 incidents of this kind here, resulting in 13 deaths and 112 injuries. The GVA does not consider the location or the circumstances that led to each of the incidents noted in the charts below. This means some of the shootings could have occurred as a result of criminal activity or domestic disputes, rather than being random acts of violence. 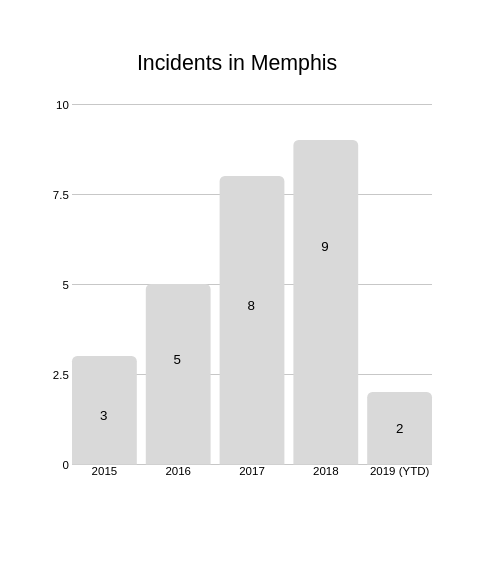 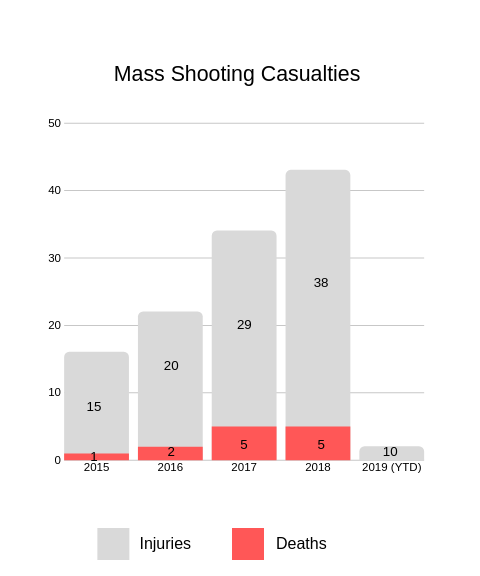 Of the 27 mass shootings, 13 took place in public locations, while the other 14 were at private residences. None of the shootings here were considered active-shooter incidents, which the Federal Bureau of Investigations (FBI) defines as a situation in which “an individual is  actively engaged in killing or attempting to kill people in a populated area.”


Since 2015, three active-shooter incidents have occurred in Tennessee, according to the FBI database. In 2016, one person was killed and three were wounded after a gunman opened fire at a Days Inn in Bristol.


Then in 2017, a man shot and killed one person and wounded seven opening fire in the parking lot of Burnette Chapel Church of Christ in Antioch.


In 2018, a gunman opened fire in a Nashville Waffle House, killing four people and wounding four others.

For more facts and figures on mass shootings and gun violence in the country, visit the Gun Violence Archive. To learn more about active shooter incidents and how to respond, go here or watch the video below.