Strickland: MPD on Track to Reach Target Number of Officers

The Memphis Police Department (MPD) is on track to have 2,100 officers by the end of the year, according to Memphis Mayor Jim Strickland.

That's just 200 officers shy of the target number Strickland has pushed since taking office. The goal is to reach 2,300 officers by the end of 2020.


In his weekly newsletter to constituents, Strickland said that because of improved recruiting efforts and increased officer pay — 9.75 percent to 11.75 percent since 2016 — the police department has been able to hire close to 450 new officers since he took office in 2016.


Strickland said, “we inherited a broken and ineffective system.”


The department hit a modern low in early 2017 with a force of 1,909 commissioned officers, but since then, numbers have been on the upswing. The department currently has 2,066 officers and two training classes in session with a total of 90 police recruits.


Strickland said that rebuilding MPD is one of the components of his administration’s strategy for long-time crime reduction.


“Overhauling the system to recruit better has been a herculean task — perhaps the most time-consuming of my tenure as your mayor,” Strickland said. “But, it’s important. For long-term crime reduction to take place, we must have a fully staffed police department.” 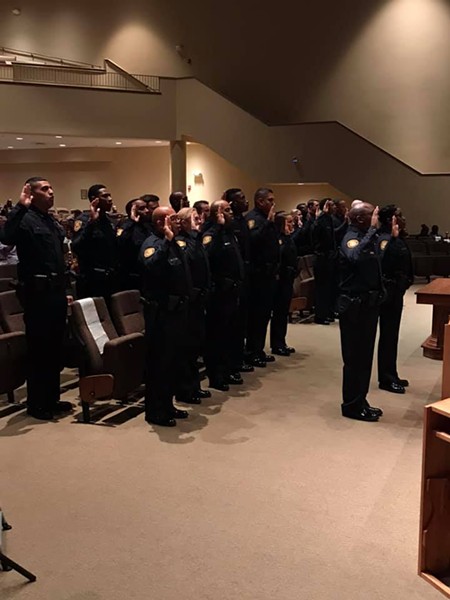 “We are looking for highly dedicated and motivated candidates who enjoy serving their community and protecting others,” a press release from the city reads.


More information about joining MPD can be found here.