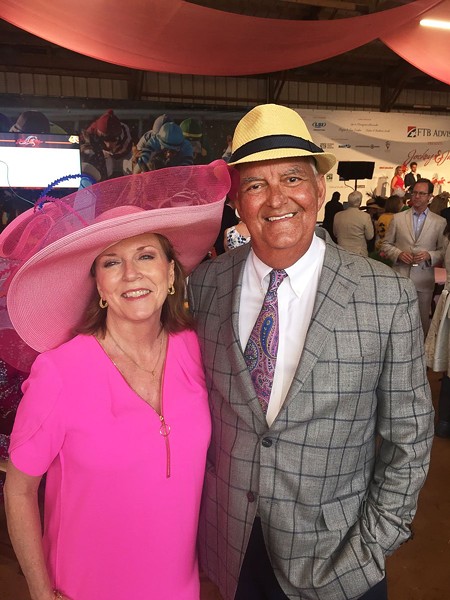 Nick Vergos, middle son of the late restaurateur Charlie Vergos, who was the founder of the Rendezvous restaurant, died Sept. 5th.


Vergos, one of the owners of the legendary Memphis restaurant, was diagnosed with cancer in December, says his brother, John Vergos.

“We were shocked,” John Vergos says. “We knew he’d been having a tough battle. We thought recently he was getting better. He was at a dove hunt Sunday and it turned drastically bad Tuesday.”


People remember Vergos as an outgoing, happy, witty man. He was a fixture at Zoo Rendezvous, helping to serve the ribs and other delicacies at the annual benefit for Memphis Zoo. He was the perfect host at Super Bowl Sunday parties and other events at his home. One of his more recent culinary achievements was making a top notch rice pudding, which he served at some of his home events.


Though he’d been battling cancer, he looked fit and was in good spirits at the Jockeys and Juleps Southern Reins fund-raiser, which was held last May.


“He was like my dad in many ways,” John Vergos says. “Big personality. Friendly to everyone.”


In addition to his brother, Vergos leaves his wife, Jenny, and five children. He leaves his mother, Tasia Vergos, and his sister, Tina Jennings.