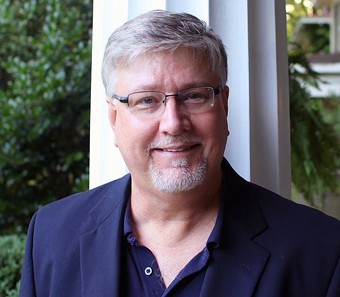 The LeMoyne-Owen College professor who received backlash for his comments on the June officer-involved shooting of Brandon Webber is still teaching at the college, LeMoyne-Owen officials confirmed this week.


A week after Webber, 21, was shot and killed by U.S. Marshal officers in Frayser, Tom Graves, an author and tenured English professor at LeMoyne-Owen, responded to the incident in a Facebook post.


“So let me get this straight,” Graves wrote. “A wanted felon who shot a guy five times was found in Frayser by U.S. Marshals. So, the fucking idiot tries to run over the Marshals with his vehicle then exits the car with a gun. So, the war he starts with a whole gang of U.S. Marshals, everyone an expert shooter ends with him dead as Dillinger.”


In his post, Graves also commented that Webber’s Facebook post “attest to thuggery, with him holding up fistfuls of cash, as if he were the king daddy pimp. Defending this man is wrong. He should be condemned for what he was and represented and did.”

After Graves' post spread around social media, many took issue with it and some even called for his dismissal. But, the college said this week that Graves will keep his position this school year.


“Professor Tom Graves, a member of the LeMoyne-Owen College faculty, returned to the classroom for the 2019-2020 academic year,” a statement from the college reads. “As an educational institution, we promote the free exchange of diverse viewpoints, even those with which some may disagree or take exception.”


The college’s decision to keep Graves “directly aligns with the college’s faculty handbook, policies, and procedures,” according to its statement.


LeMoyne-Owen officials would not detail what, if any, disciplinary actions were taken against Graves, as the college does not “publicly discuss details of personnel matters, including disciplinary decisions."


Rev. Earle Fisher, a LeMoyne-Owen alumnus, pastor, and activist was also on the receiving end of Graves’ comments.


“Anyone like Tami Sawyer or the notorious Earle ‘Ain’t I pretty’ Fisher defending this street terrorist are part of why the streets of Memphis are not safe, especially for our black citizens who suffer the brunt of these crimes,” Graves wrote.

"As an educational institution, we promote the free exchange of diverse viewpoints, even those with which some may disagree or take exception.” tweet this

Learning that Graves was allowed to keep his role, Fisher said he expected there to be a “more serious reprimand for such as egregious action. To know that someone who shares those views will still be in the classroom attempting to shape young black minds is far from what I think is the ideal context for higher education.”


Fisher said his hope is that Historically Black Colleges and Universities will “stand more firmly on the tradition of protecting and cultivating black dignity and pride.”

“I expect more from our black institutions: to stand up against racist and bigoted ideologies, especially to those who have positions of influence and authority over black students,” Fisher said.


Shortly after Graves’ comments came to light, the college’s Student Government Association sent a letter to the professor, calling his comments “appalling.”


“While we agree that we do not have the facts of the case, we are in unanimous disagreement with your verbiage and disregard for the impact which your words would have on the community you serve,” the letter read. “As a professor at a historically black college, you are keenly aware of the challenges unique to the black/African-American community."


Sainna Christian, the college’s 2019-2020 SGA president, declined to comment on Graves’ returning to the classroom this school year, saying that “at this time, I have no comments on the matter.”