Everyday Climate Change is an occasional series from the Memphis Flyer about the ways climate change is already affecting our everyday lives.

Memphis sighed a collective ahhhh! over the last few days as a hot September — the hottest ever on record — closed and unofficially reopened patio season at bars and restaurants all over town.

Are heatwaves caused by climate change? Yes, according to scientists. In a paper presented at last year’s European Geosciences Union Conference, scientists said that 2018’s heatwaves across North America, Europe, and Asia were maybe the first ever attributable to climate change. 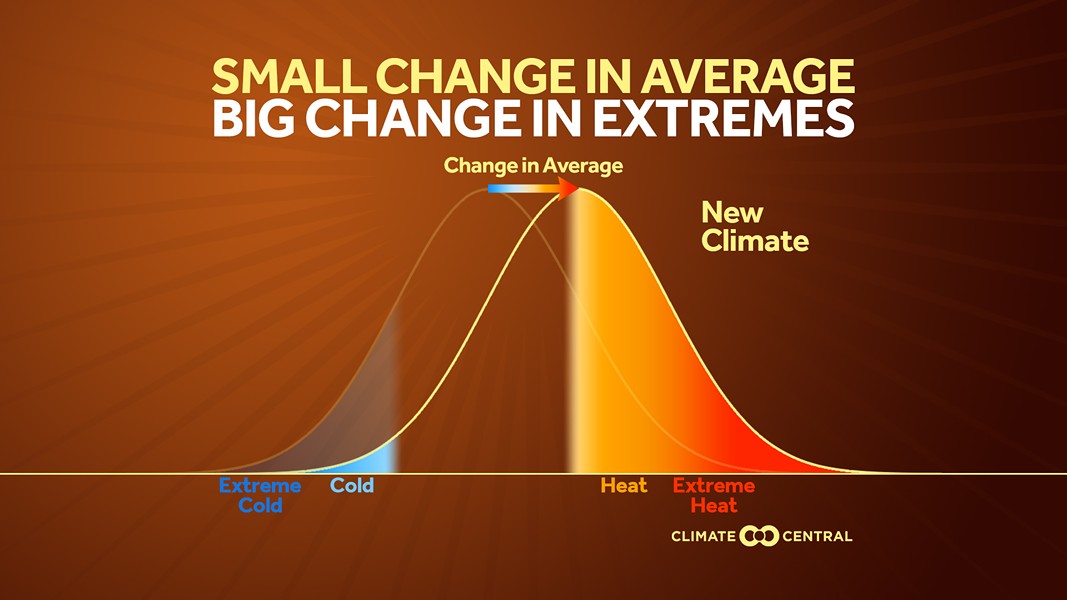 Those heatwaves killed hundreds of people, triggered wildfires and crop failure, and damaged infrastructure across the globe, according to the paper.

Memphians are used to heat, a fact they brag about (almost as much as the city’s water quality). But this year’s heat put it to the test.

For example, two dogs died from heat stroke after a visit to Shelby Farms Park. The heat this year put a big dent in the crowd size of the Cooper-Young Festival, down about 15,000-20,000 people according to Tamara Cook, executive director of the Cooper-Young Business Association.

“It was just fantastically hot,” Walker told Flyer reporter Michael Donahue last month. “That’s what got everybody. We got hit by the heat. You didn’t see a lot of people standing in the sun in front of the main stage. People were standing in the shade.”

In this context, sitting on patios for drinks and dinner may seem a small thing. But Memphians love a patio. Drive through Cooper-Young or Downtown this weekend and see for yourself.

While it looks fun to the consumer, it looks like big money to restaurateurs. Patios are attractive and enough, hopefully, to bring consumers through the door.

“We have the best patio in East Memphis, but if the heat scares you our air conditioning works also!” reads a July Facebook post from Patrick’s Neighborhood Restaurant & Bar.

In Midtown, a halo of mist enveloped the signature patio at Slider Inn last week before the heat broke. Those misters are central to Slider Inn’s summertime heat defense.

“It certainly has been a hot few months, but we really haven't seen a dip in our numbers because we've taken measures to ensure our patio is all-weather, especially in the brutal Memphis heat,” said Eric Bourgeois, marketing director at Packed House Productions, parent company of Slider Inn. “We're one of the only Midtown bars with patio misters, and that really makes a difference when folks are looking for a spot to chill outside — especially when they want to ensure the comfort of their furry, four-legged friends.”

Similar efforts will be made at the also four-legged-friendly Slider Inn Downtown, Bourgeois said.

We're one of the only Midtown bars with patio misters, and that really makes a difference. click to tweet
Weather in general affects consumers’ experiences in restaurants, according to a new study published in the “Journal of Hospitality and Tourism Research.” In “It’s Raining Complaints! How Weather Factors Drive Consumer Comments and Word-of-Mouth,” researchers found that restaurant-goers are more likely to leave more negative comments if “weather factors like temperature and rain become more unpleasant.”

The findings were significant enough for the researchers to suggest restaurant managers should give extra care to diners on bad-weather days and to be aware that more negative comments may be more common on those days.

Industry experts are watching climate change closely. The hearth, barbecue, and patio industry may not yet see the effects of rising temperatures, but it will, according to James Houck, writing for trade journal “Hearth & Home” in 2017.

“Still it would be prudent for business owners, and and it would be consistent with the fiduciary duty of corporate officers, to follow developments in climate change science, public opinions, and governmental actions,” Houck wrote. “Climate change will affect the hearth, barbecue, and patio industries’ bottom line.”

Climate change will change outdoor recreation in general, according to experts who say much of those activities will be pushed to summers “shoulder months” of April and October.

Researchers with the U.S. Forest Service said snowmobiling, snowshoeing, and cross-country skiing will be the most negatively affected activities in national parks in the future. But climate will also impact hunting, fishing, water activities (though swimming should increase), and horseback riding.