The group that removed Confederate statues from city parks here in 2017, said Thursday it is looking to permanently relocate them outside of Shelby County.

The move comes after the Supreme Court of Tennessee denied a petition from the Sons of Confederate Veterans on Wednesday. The group hoped to get a review of its case against the city of Memphis for the removal of the city’s Confederate monuments.


The statues of Nathan Bedford Forrest and of Confederate president Jefferson Davis, along with a bust of Confederate Capt. Harvey Mathes, were all removed in 2017 and have been stored in an undisclosed location since.


Now, Van Turner, president of Memphis Greensapce, Inc, the non-profit that bought the two city parks where the monuments stood, said the organization is looking to get the statues out of Shelby County, “never to return.”


This week’s decision by the state Supreme Court effectively ends the litigation surrounding the statues, Turner said. Now, the Geenspace will “entertain conversations with a number of entities” to transfer the monuments in an “appropriate way.”


Turner said whatever entity the monuments are transferred to will be asked to sign an agreement that prohibits the monuments from returning to the county.


The group’s next focus will be the gravesites of Nathan Bedford Forrest and his wife, which still remain in Health Sciences Park near the former site of the Forrest equestrian statue, Turner said.


Litigation surrounding the graves had been stayed pending a ruling by the state Supreme Court.


Now, the Shelby County Chancery Court will determine the fate of the graves, but for now it’s “up in the air,” Turner said. 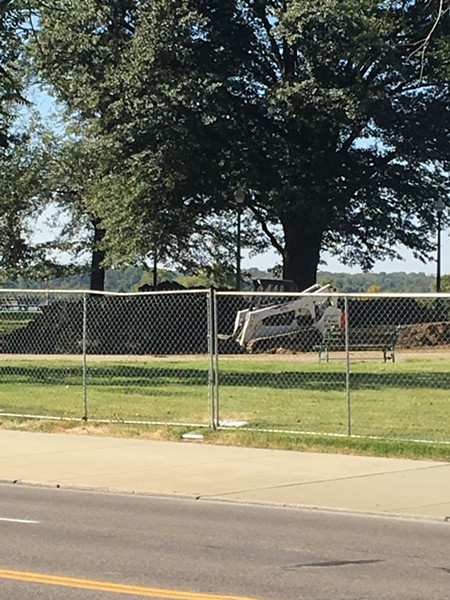 In the meantime, Turner said Greenspace, in partnership with the Memphis River Parks Partnership (MRPP) and the Downtown Memphis Commission (DMC), is looking to give the parks a refreshed look.


Enhancements to Memphis Park, which will be funded by Reimagining Civic Commons and were approved by the DMC’s Design Review Board in July, are already underway.


Improvements to the park include tree removal and replanting of trees, adding more benches and tables to create dining areas, and paving new trails. Lawn games and activities will also be added to the space.


The idea is to create a “greener, leafier, and more natural space that does a better job connecting the Bluff Walk with the River Garden,” according to the proposal submitted to the Design Review Board.


Turner said all of the enhancements are meant to make the park more “user-friendly.”


“The parks are symbols,” Turner said. “Do we have challenges? Yes. Is there a painful history there? Yes. Can we overcome those challenges? Yes. Can we return something that was negative in many respects into a positive that shows Memphis and Shelby County can move forward in a unified way? The proof is in the pudding looking at what were already able to do with the parks. It’s a win for every citizen in Shelby County and city of Memphis.”