'Bloodstained Men' Protest Circumcision at U of M 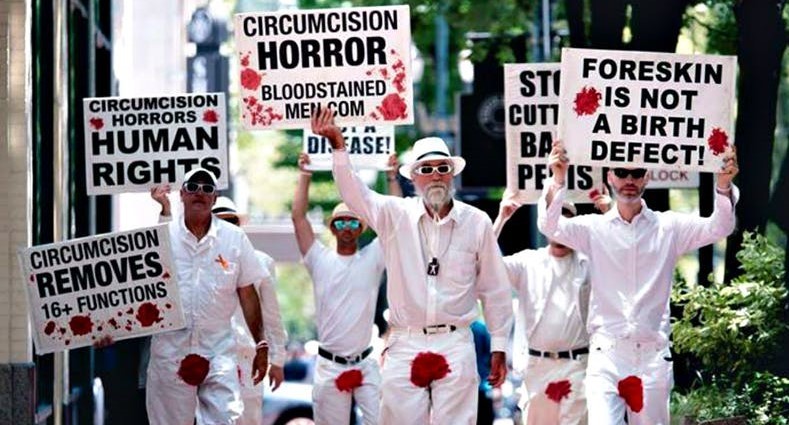 A protest group brought its message against circumcision to Memphis Tuesday.

The Bloodstained Men stopped at the University of Memphis campus in an event scheduled from 10 a.m.-3 p.m. The stop was one of 16 in a 17-day protest tour focused mainly on college campuses.

“This protest tour focuses especially on young adults, the majority of whom are not yet parents,” reads a news statement from the group. “It is crucial for people to be educated about male genital mutilation before they make the irreversible decision to circumcise their child.”

The Bloodstained Men hold those who cut the genitals of children accountable. click to tweet
The Bloodstained Men tour stopped at Arkansas State University Monday and will visit the Ole Miss campus Wednesday. The tour will end with a two-day protest outside the American Academy of Pediatrics' annual conference in New Orleans.


“The Bloodstained Men hold those who cut the genitals of children accountable for their violent infringement on the basic human rights of our most vulnerable citizens,” the group said. “(The Bloodstained Men’s) ultimate goal is to help end male genital mutilation by spreading the message of intactivism in the clearest protest language possible: succinct signage and visceral, visually-arresting costumes.”