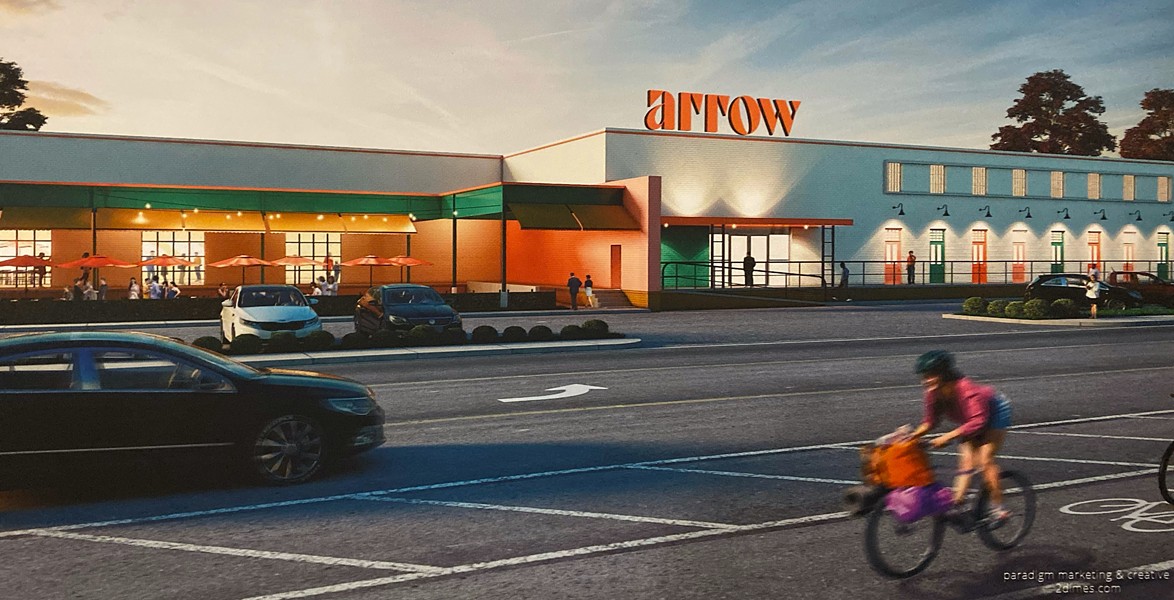 Arrow, one of the organizations that had bid to take over Rust Hall next year when the Memphis College of Art closes, has pulled out of consideration and will instead set up its headquarters in the Broad Avenue Arts District.

Abby Phillips and Dorothy Collier, co-founders of the nonprofit creative co-working space, made the announcement Monday evening at Arrow's temporary space at 2535 Broad.

Arrow has raised about $2 million toward acquiring the property and will mount a capital campaign to get another $10 million.

"The space will be more than a building, more than a program, and more than just studio space," Phillips said. "Arrow will be a one-roof creative district in the heart of Memphis. We will house micro retail opportunities, creative community education with a focus on workforce development and artist development."

It will have studios and creative offices, as well as co-working and shared equipment. Arrow has acquired some of the equipment from Memphis College of Art that will be available to the Arrow community.

"This space provides a unique opportunity with easy access," she said. "We are 20 minutes or less of a drive from anywhere in the city, the street is already an established and thriving arts district, and over the next few years, there will be over 400 apartments in the surrounding five blocks."

The 80,000- to 100,000-square-foot project is expected to take more than a year. Meanwhile, Arrow will remain in its temporary "concept" space that has six studios and already has artists working there. "We wanted to be closer to our forever home and to prove our concept that access to foot traffic does help these artists," Phillips said.

Arrow is also offering classes and hopes this summer to have a summer camp for students much like MCA has offered for many years.

The city has selected several finalists who have proposals on what to do with the 75,000-square-foot MCA building, which will become vacant at the end of the 2019-2020 school year. Arrow had been one of the finalists. The city is also looking for ideas for the 86,000-square-foot Memphis Brooks Museum of Art, which plans to move Downtown in 2024.