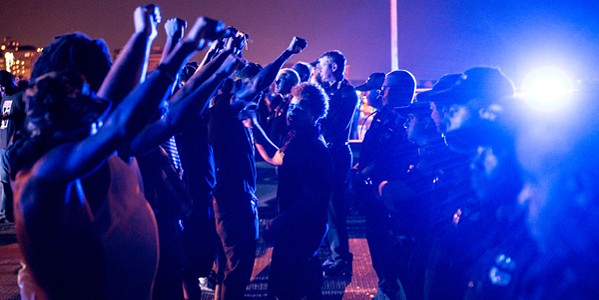 
Last year, U.S. District Judge Jon McCalla appointed the team after ruling that the police department had violated the Kendrick consent decree of 1978 by participating in political surveillance on activists here.


The team’s first public forum in July left many activists feeling unheard and wanting more of a voice in the monitoring team’s process.


Now, the team wants to hear new concerns from the public tonight at 6 p.m. at Mississippi Boulevard Christian Church.


“The purpose of this meeting is for you to give your thoughts about the decree and its impact on our community,” Strickland wrote. “If you are concerned about your neighborhood receiving a Sky Cop or your child’s school having a traffic camera and license plate readers, please don’t miss this meeting.”


But, Strickland also noted in the newsletter that the consent decree was signed “long before the internet, social media, and other modern technology became a routine part of our lives.”

Now, the team wants to hear new concerns from the public tonight at 6 p.m. at Mississippi Boulevard Christian Church. tweet this

Strickland said the decree limits MPD’s use of technology in fighting crime, and potentially restricts MPD’s ability to coordinate with other agencies, like the Multiagency Gang Unit.


“To put it in more everyday terms — it may restrict the use of Sky Cops, traffic cameras, interstate cameras, and publicly available social media post which may provide a warning of a public safety threat,” the mayor wrote.


Earlier this year, Ed Stanton III, who is heading the monitoring team, told the Flyer that finding the balance at the intersection of a 1978 consent decree and 21st century police techniques is a challenge.


“In 1978, you didn’t have the internet, social media, SkyCop, body cams, etc,” Stanton said. “We have to ensure that public safety remains a priority, but at the same time, ensuring compliance with the consent decree. There’s a balance there.”

See the agenda for tonight’s meeting below.