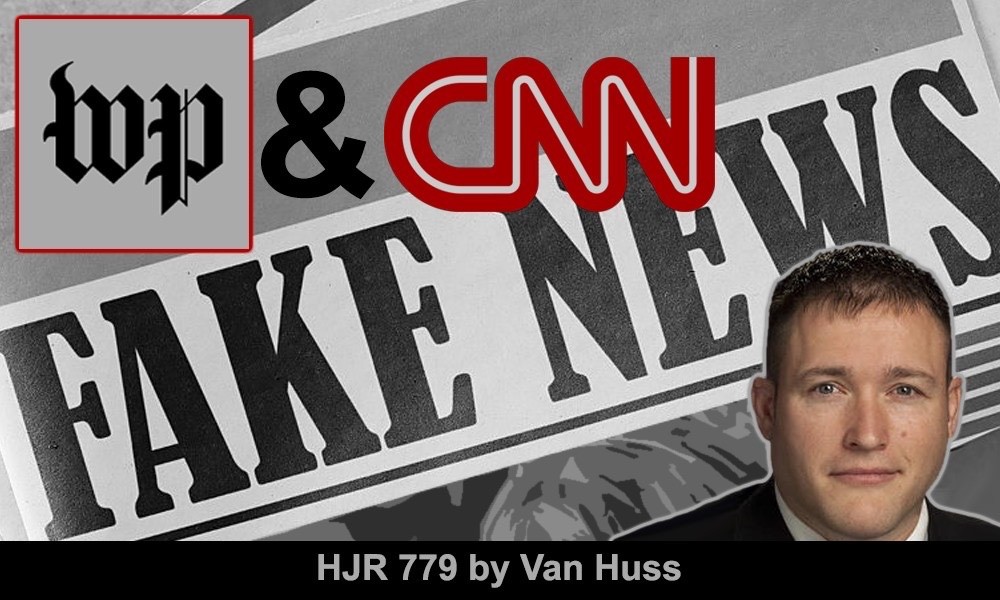 On the agenda for the real Constitutional Protections and Sentencing Subcommittee, is HJR 0079 by Rep. Micah Van Huss (R-Jonesborough).

Here is exactly what the resolution would do:

“Resolves to recognize CNN and The Washington Post as fake news and part of the media wing of the Democratic Party, and further resolves to condemn such media outlets for denigrating our citizens and implying that they are weak-minded followers instead of people exercising their rights that our veterans paid for with their blood.”

...implying that they are weak-minded followers instead of people exercising their rights that our veterans paid for with their blood. click to tweet
Van Huss explained the resolution to conservative talk show host (and self-proclaimed Memphian) Todd Starnes, on his podcast, "the ToddCast.” Van Huss said the resolution stems from reports last fall from both news outlets that labeled supporters of President Donald Trump as “part of a cult.”

Thank you Todd Starnes for having me on the ToddCast to talk about Fake News! https://t.co/v3D8DgrD0R

“My constituents are tired of these elitists in the media for denigrating them,” Van Huss told Starnes. “They’re tired of Republicans who don’t fight.”

Van Huss said his Republican colleagues in Nashville were “excited” about the legislation and that he is “looking forward to making this statement on behalf of all Tennesseans.”

The State of Tennessee recognizes CNN and The Washington Post as fake news and part of the media wing of the Democrat Party.

I've filed HJR 779 on behalf of a constituency that's tired of fake news and Republicans who don't fight.

The resolution has 13 House co-sponsors, including Rep. Andy Holt (R-Dresden).