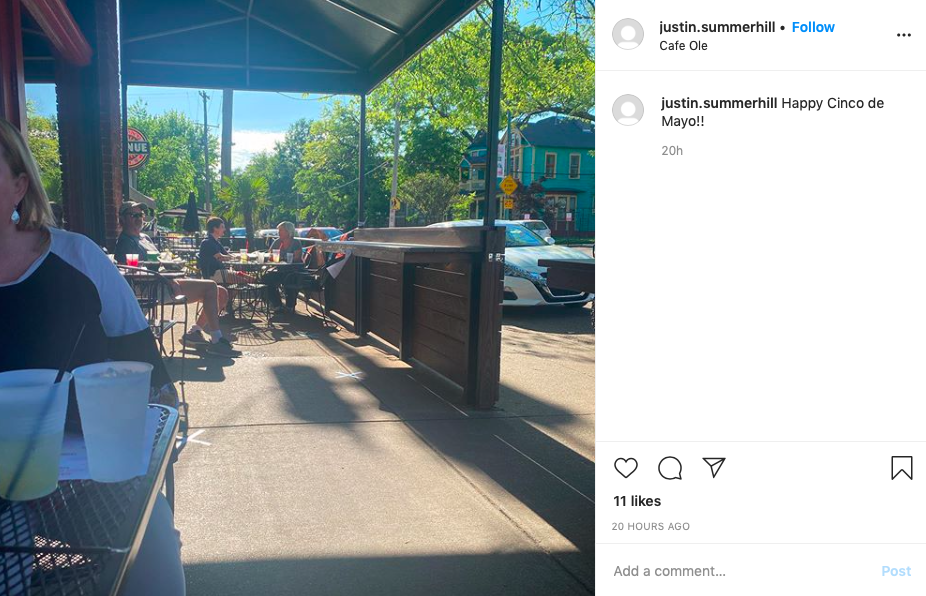 Three days into Shelby County’s Back to Business plan, local officials said they’ve not had an increased uptick in calls to police or code enforcement for infractions to social distancing rules.

County retail shops and restaurants were allowed to open on a limited basis Monday. Many of our readers told us in a weekend poll that they wouldn’t rush to restaurants right away. However, Wednesday’s clear, warm weather came during the annual Cinco de Mayo celebration.

Even with that, city of Memphis Chief Operating Officer Doug McGowen said Mayor Jim Strickland and his adminstration have seen “broad-ranging compliance” with the Safer At Home order and, then, the Back to Business plan.

However, photos have circulated on social media that showed restaurants allegedly not adhering to the stipulations of the order. McGowen said a restaurant surge was expected Wednesday as the weather was coupled with the holiday. But he said there will be “outliers” in the process and stressed that most infractions of the order are part of a “learning process.”

“Many people just have not understood all the limits of the protocols,” he said. “We share information first and, then, if we see a lack of compliance [follow up with more direct interventions].”

Alisa Haushalter, director of the Shelby County Health Department, said her agency has not received many complaints about companies not adhering to the rules. Mostly, the agency gets questions from companies “about how to most effectively keep employees and customers safe.”

“The majority of employers want to do what’s right for their employees and their clientele,” Haushalter said during Wednesday briefing.

The majority of employers want to do what’s right. tweet this
The briefing came as the county recorded its lowest amount of new cases in several weeks. The 613 tests given Tuesday yielded only 26 new coronavirus cases. This put the positivity test rating at around 4 percent.

More businesses will be allowed to open (and now-open businesses may be able to add capacity) if the new case rate begins to fall or remains somewhat steady. This metric and others will determine if the county will be bale to enter that second phase of Back to Business.

“We can really continue to mitigate [COVID-19] in our community and keep transmissions down and get back to business all at the same time if we keep on adhering to social distancing,” Haushalter said.

McGowen agreed, saying this “is no time to let our guards down.”

coronavirus COVID-19 restaurants Back to Business