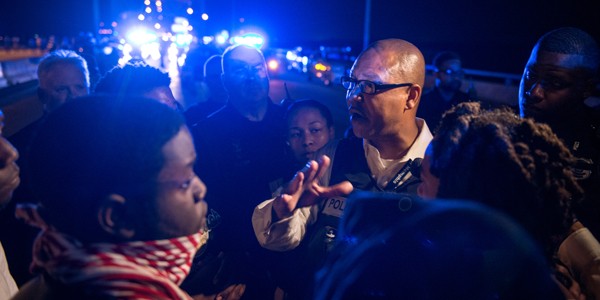 Joining the national conversation about police reform, the Memphis City Council is set to hear four items related to police transparency, use of force, and de-escalation this afternoon (Tuesday).


The first is a resolution sponsored by Councilman JB Smiley Jr. that would increase the transparency of the complaint process for the Memphis Police Department (MPD).


The resolution specifically calls for the public safety section of the city's data portal to be expanded to include all complaints of excessive force and misuse of body cameras, including a timeline of the investigation into the complaint.


The policy was created by Campaign Zero, an anti-police brutality advocacy group, to be implemented by law enforcement agencies in order to reduce and prevent violent encounters.

The eight principles of the policy include: banning chokeholds and strangleholds, requiring de-escalation, requiring a warning before shooting, exhausting all alternatives before shooting, intervening and stopping excessive force by other officers, banning shooting from vehicles, requiring use-of-force continuum, and requiring comprehensive reporting each time an officer uses force or threatens to do so.


Jones is also introducing a resolution that would ban the use of chokeholds by public safety officers and create a system for reporting when they are used.


The last resolution, sponsored by Thomas, calls for Memphis Mayor Jim Strickland to form a community task force to assist in the selection of a new MPD director.


The council will discuss these items in its executive session today (Tuesday) at 1 p.m. See the full text of the resolutions below.