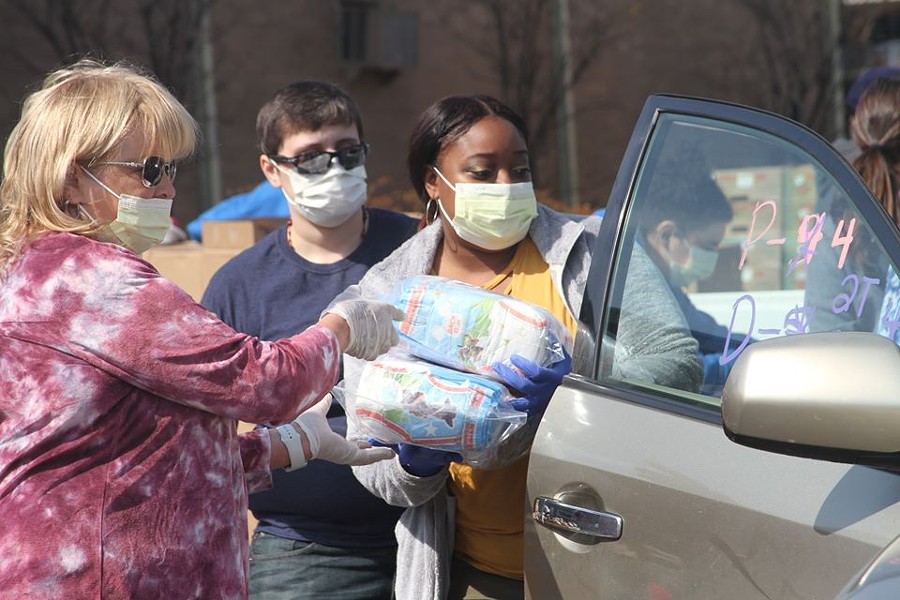 Shelby County is now in COVID-19 marathon mode and could be for “many months to come, if not a year.”

That was the description of the current situation from Shelby County Health Department director Dr. Alisa Haushalter during Thursday’s update of the Memphis and Shelby County Joint COVID Task Force.

“On the joint task force, we realize we’re in a marathon,” Haushalter said. “For anyone of you who have run a marathon, you know you have to plan ahead for the distance, knowing there will be difficult times ahead. We know we will have to make changes along the way to meet the end goal to end COVID-19 in our community.”

On the joint task force, we realize we’re in a marathon. tweet this
“Marathon mode” means many things. Officials will continue to urge citizens to wear masks when they leave home, wash their hands, and social distance for the foreseeable future. Specifically, some of the outdoor testing facilities will be moved indoors to escape the summer heat, according to city of Memphis Chief Operating Officer Doug McGowen.

Despite three days of higher-than-average case numbers, Haushalter said the community is ready to enter Phase III of the Back to Business Plan, which will open capacity at more stores and restaurants and allow for more social mingling.

One reporter said some are confused about the new high case numbers and the move to Phase III and wondered, basically where are we in dealing with the virus now and how safe are we.

Haushalter said the task force remains data driven in its approach to issuing new health directives. The group anticipated an increase in new cases after the county entered Phase II. She said the group also considers the balancing act of protecting the public from the virus, and economic, education, and employment success.

Children of color — This group of citizens are disproportionately impacted by the virus, Haushalter said.

So far, the health department has recorded 430 cases of the virus in children. Half of those were among African American children. 35 percent were recorded as “other,” a group that includes the Latinx community.

Haushalter said the difference could come as children of color may live in households with more people, a multigenerational household, or that they spend time with other people while their parents are working.

Protests, churches — Haushalter said so far no investigation of a virus transmission has turned up links to a protest or a church service.

Riverside Drive — McGowen said the city will open Riverside Drive to traffic on Monday morning, mainly for business commuters. The street has been closed to thin crowds gathering at Tom Lee Park.

The street will be open Monday through Friday during business hours. It will close again Friday afternoon and be closed throughout the weekends.

Nursing home clusters — The health department is now investigating 15 nursing homes throughout the county, looking for new cases of the virus. So far, the department has closed eight investigations on other such facilities. No new virus cases have been reported in them in a 28-day period.

Young people — Most cases of the virus are in people under the age of 44, Haushalter said. Some in this group may view themselves as less vulnerable than older people. But many times people in this age group are “out and about, engaging in regular activity getting COVID and they take it home and share it with seniors or those with chronic illnesses.”

The surge — The date when health officials believed COVID patients would swarm — and possibly overload — are hospitals has been reset to September, McGowen said.

That date was once predicted for the end of April and had been pushed back to November, thanks in large part to citizens’ adherence to health department requests. But the date has been pushed up on recent spikes in new cases.

“The way to avoid the surge in September is your compliance (with health directives) as we move into Back to Business Phase III,”McGowen said.